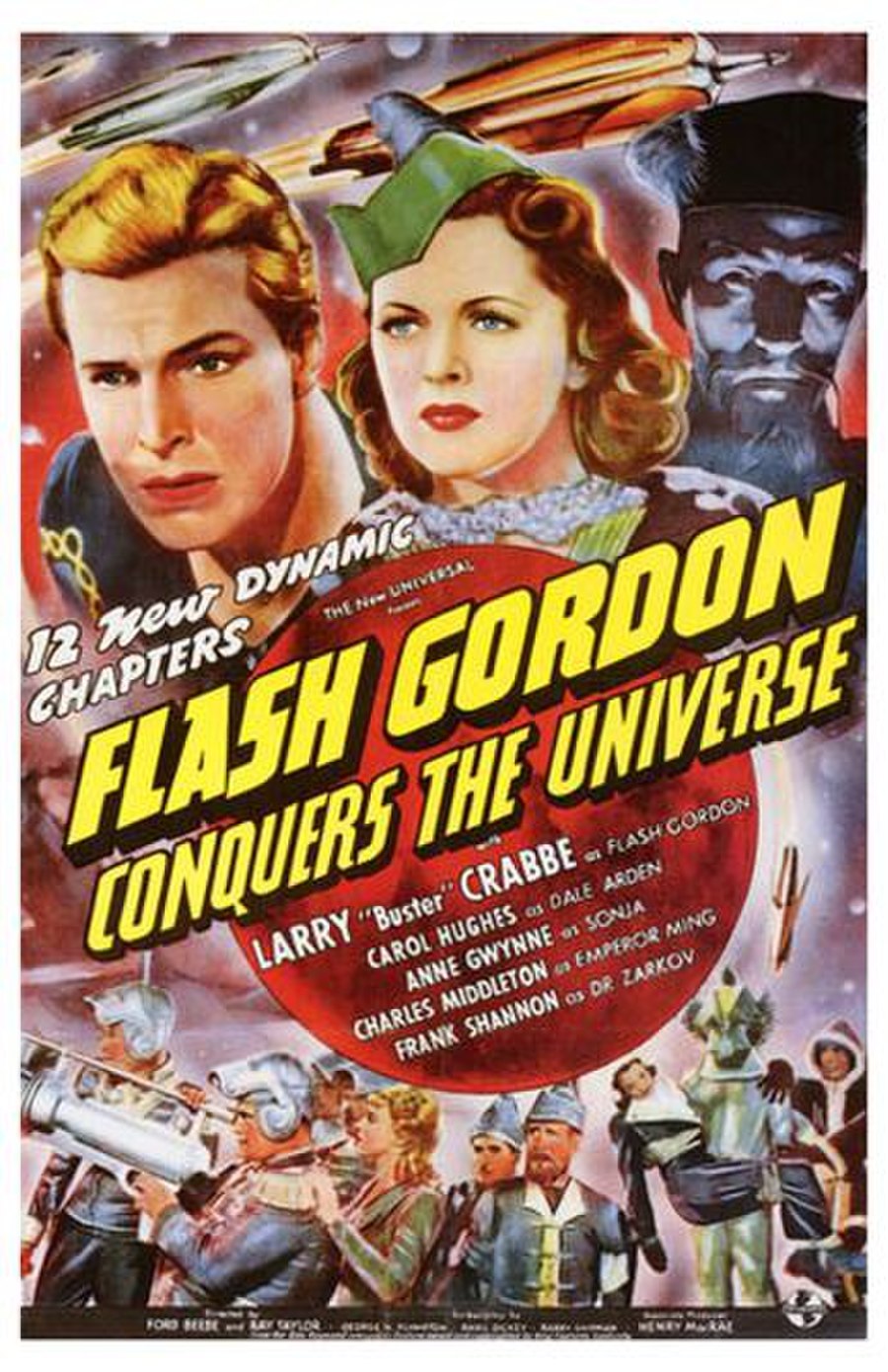 Flash Gordon Conquers the Universe is a 1940 American black-and-white science fiction 12-chapter movie serial from Universal Pictures, produced by Henry MacRae and co-directed by Ford Beebe and Ray Taylor. The serial stars Buster Crabbe, Carol Hughes, Charles B. Middleton, Frank Shannon, and Roland Drew. It was written by George H. Plympton, Basil Dickey, and Barry Shipman and was adapted from Alex Raymond's syndicated newspaper comic strip of the same name from King Features Syndicate. Shown theatrically in 12 separate weekly "chapters", it was the last of the three Universal Flash Gordon serials made between 1936 and 1940.

A deadly plague is ravaging the Earth, known as the Purple Death because of a purple spot left on victims' foreheads. Flash Gordon learns that Ming the Merciless is behind the plague when he spots one of Ming's spaceships spreading the "Death Dust" in the Earth's atmosphere.