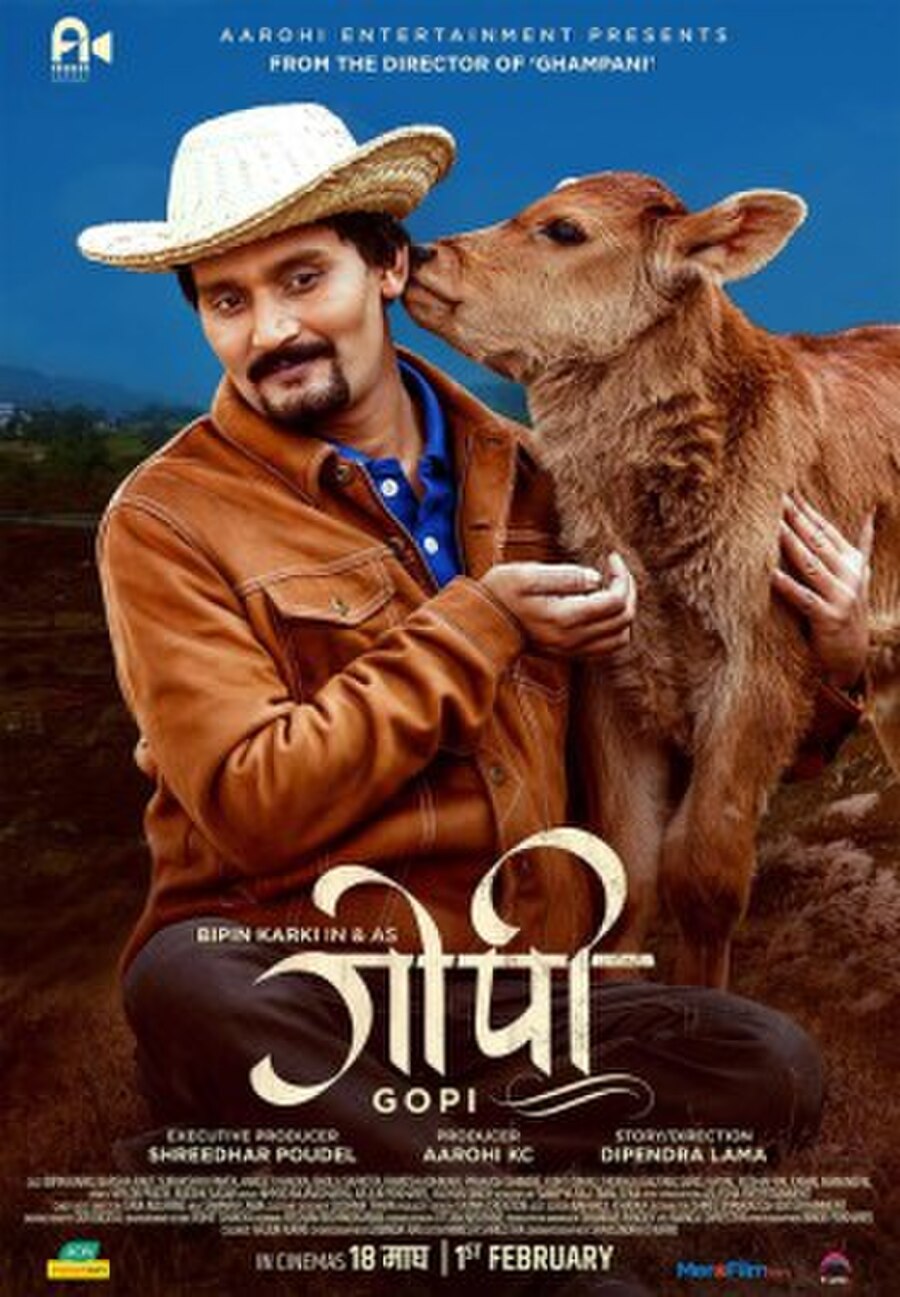 Gopi (Nepali:गोपी) is an 2019 drama film, directed by Dipendra Lama. The film is written by Samipya Raj Timalsena and produced by Aarohi K.C. made under the banner of Aarohi Entertainment. The film stars Bipin Karki, Barsha Raut and Surakshya Panta in the lead roles. The film is about a man named Gopi who struggles to pursue his dreams.

Gopi (Bipin Karki) is a lecturer in local college. Simultaneously he runs a cow farm. His father has a dream to settle down in US. For this, Gopi has to apply first, but Gopi wants to stay in Nepal. He gives continuity to his milk business.