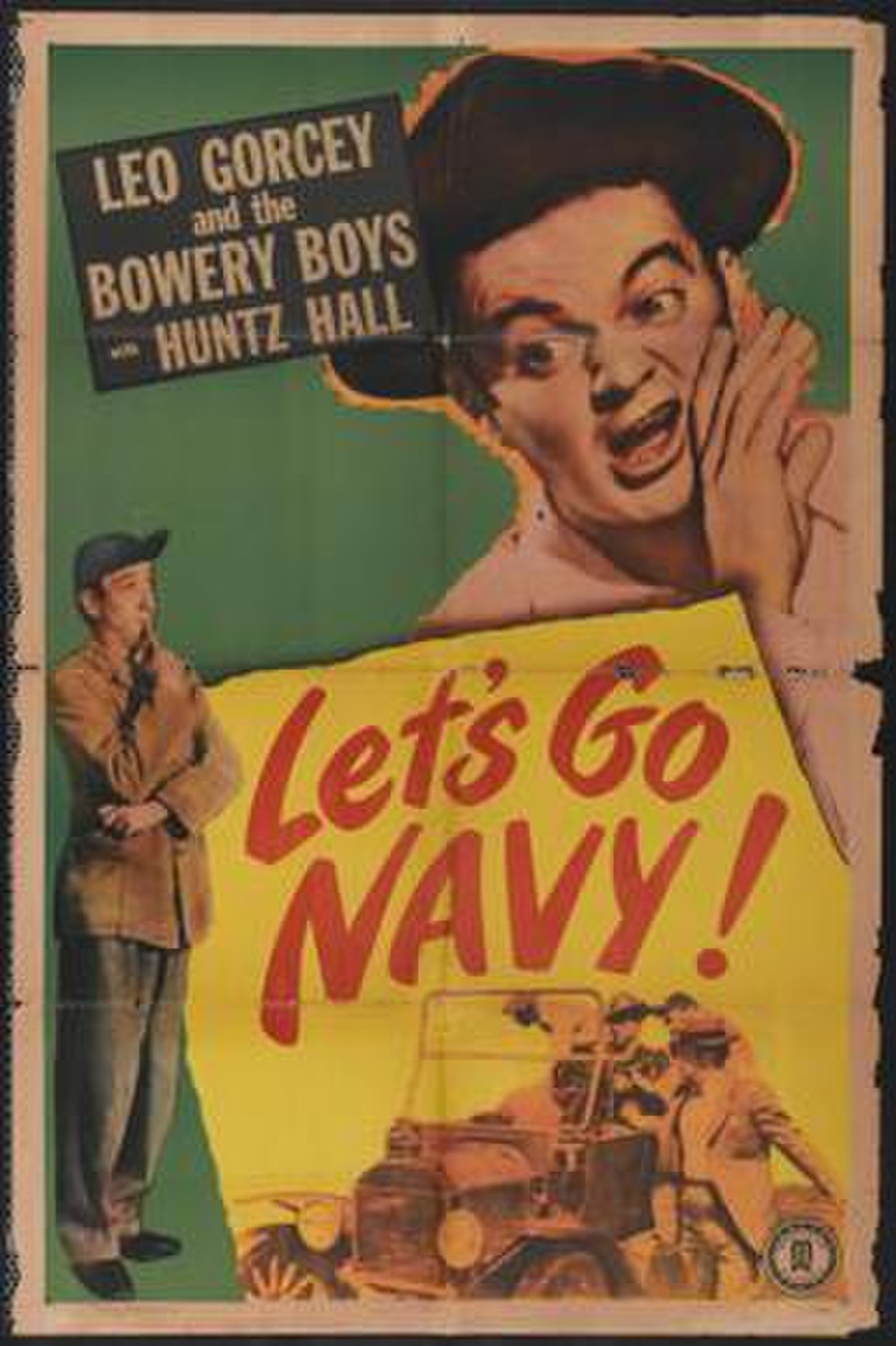 Let's Go Navy! is a 1951 comedy film starring The Bowery Boys. The film was released on July 29, 1951 by Monogram Pictures and is the twenty-third film in the series.

A local charity has raised sixteen hundred dollars and entrusted the boys with it. They are then robbed of the cash by two men dressed as sailors. Believing them to be real sailors, and in order to catch them, they enlist in the Navy under fake names. They spend a year at sea, but cannot locate the thieves. However, Sach is able to win two thousand dollars gambling and the boys return to the Bowery. It is there that they are robbed by the same two men, but with the Navy captain helping, they are able to capture the crooks. They return to the navy office to receive their commendations, but are mistakenly re-enlisted!