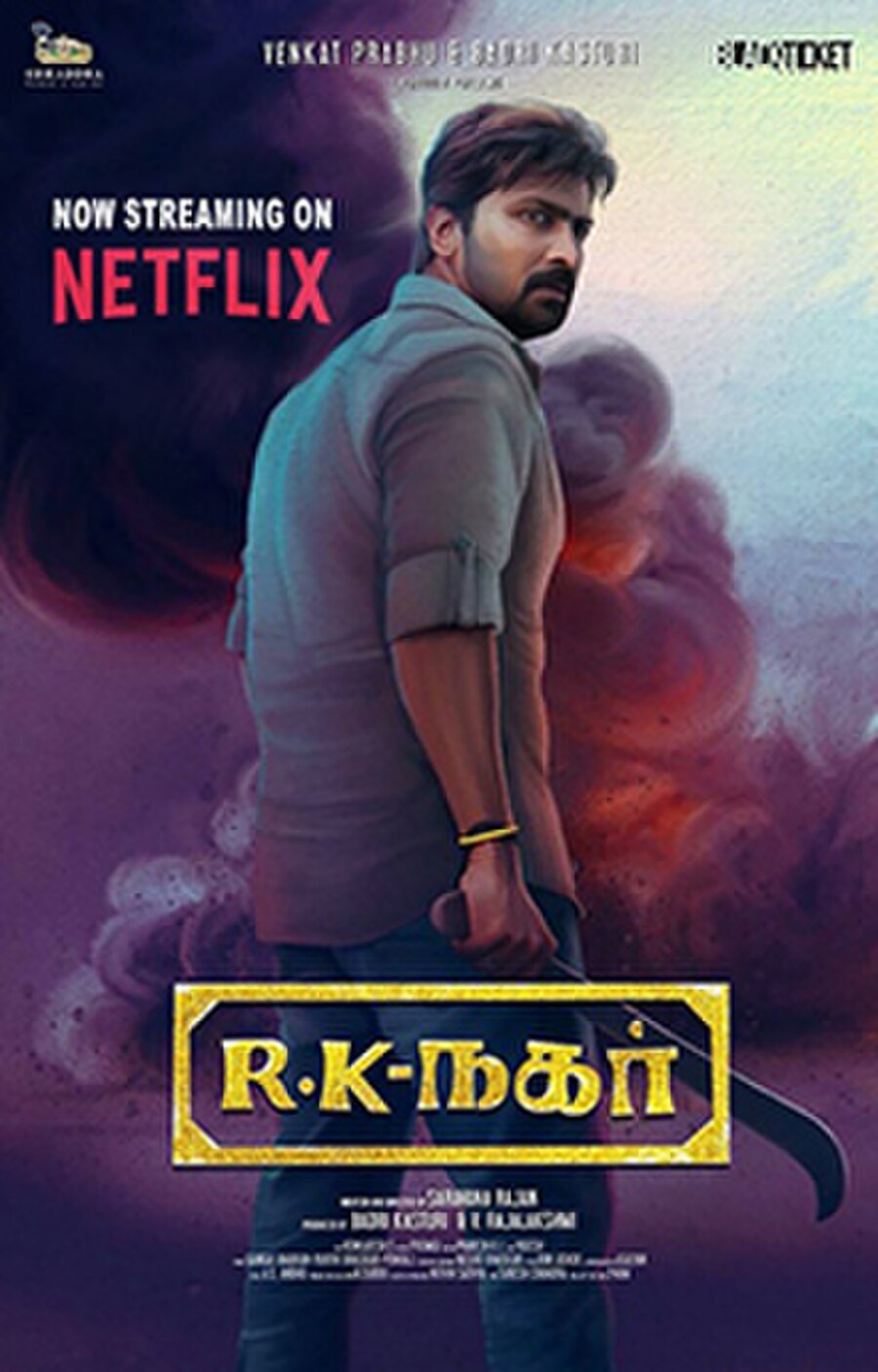 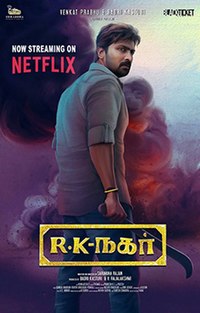 RK Nagar is a 2019 Indian Tamil-language political satire film written and directed by Saravana Rajan. The film features Vaibhav, Sana Althaf, and Anjena Kirti in the lead roles, while Sampath Raj and Inigo Prabhakaran play supporting roles. Featuring music composed by Premgi Amaren, the film released on 17 December 2019 on Netflix even though it aimed to have a theatrical release.

The protagonist, Shankar (Vaibhav), is introduced in a dream song sequence. He dreams of living a luxurious life with two wives at his service. However, when he wakes up, his ambition is entirely different. Shankar claims that he has no interest in making wealth and has no respect for people of fortune. Ranjini (Sana Althaf) comes from a rich background and despises rowdy men, but when she sees Shankar chasing two goons with a matchete in his hand, she falls for him. Meanwhile, there a conflict between two rivals, Vishwanathan aka Lottai (Sampath Raj) and Manoj aka Mannu (Inigo Prabhakaran). Mannu is the nephew of the chairman. However, Lottai is killed by Mannu, and the chairman's son is too killed in Shankar's new tailor shop, causing him to get framed for murder. How Shankar use his ways to prove himself that he is not involved in the murder forms the rest of the story.