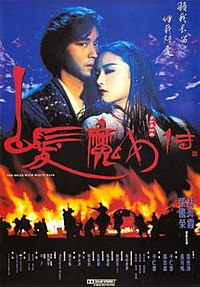 The Bride with White Hair 1993

Zhuo Yihang was raised by Taoist Ziyang of the Wudang Sect and groomed to be a chivalrous swordsman. He is tasked with leading a coalition force formed by the eight major orthodox martial arts sects to counter an evil cult.