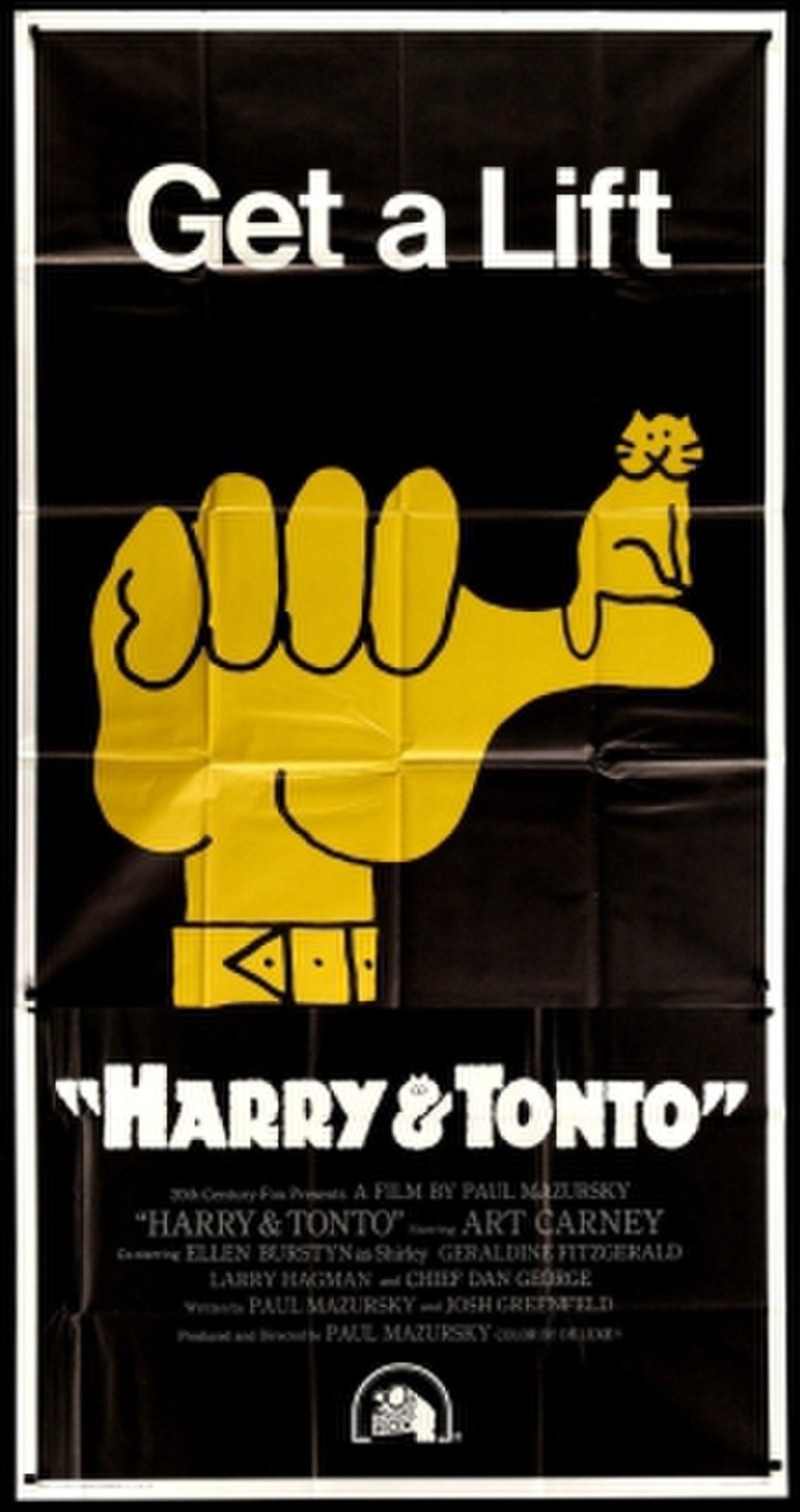 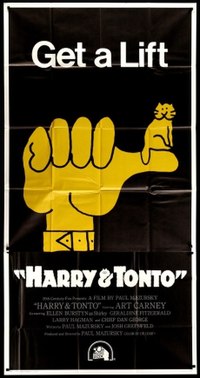 Harry and Tonto is a 1974 road movie written by Paul Mazursky and Josh Greenfeld and directed by Mazursky. It features Art Carney as Harry in an Oscar-winning performance. Tonto is his pet cat.

Harry Coombes (Art Carney) is an elderly widower and retired teacher who is evicted from his Upper West Side apartment in New York City because his building is going to be razed to build a parking lot. He initially stays with his eldest son Burt's family in the suburbs, but eventually chooses to travel cross-country with his pet cat Tonto.