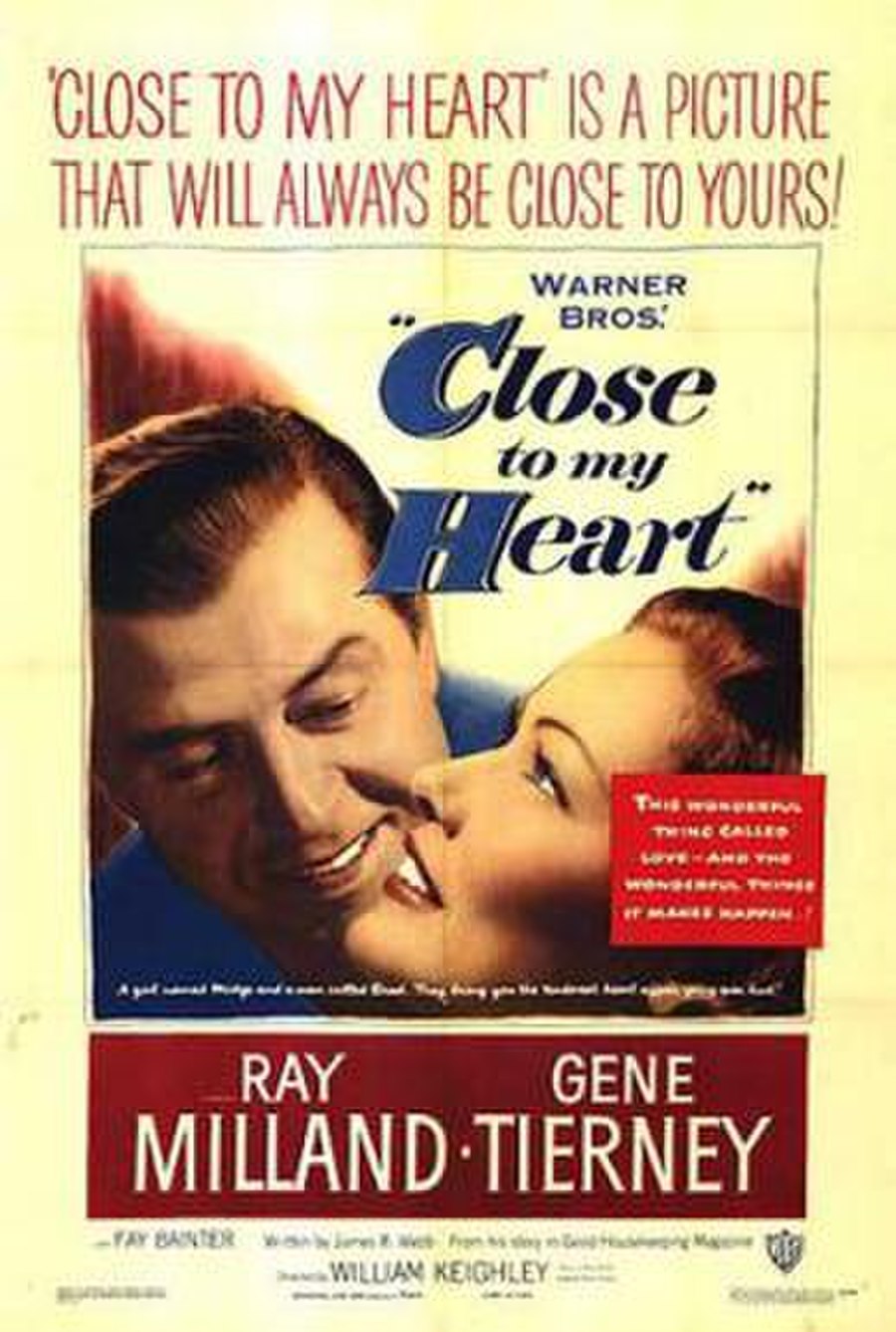 Close to My Heart is a 1951 Warner Bros. drama directed by William Keighley, written by James R. Webb (based on his novel A Baby for Midge), and starring Ray Milland and Gene Tierney.

Brad Sheridan (Milland) and Midge Sheridan (Tierney) cannot have children of their own. Midge and Brad decide to adopt and inquire at an adoption agency. Learning of an abandoned child left at the police station, Midge is determined to have the baby as her own, but Brad refuses to go along with Midge's plans until he can find out something about the child's parents, which then makes the boy an adoption risk.