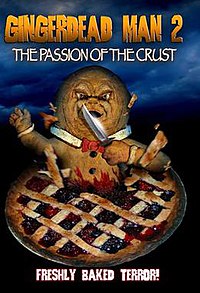 Kelvin Cheatum (K-von Moezzi) is trying to save his father's studio from bankruptcy by producing worthy heirs to his father's slate of classic low-budget cult films. Cheatum Studio's current productions include Hamburger Time Traveler Detective, Space Spankers 2015, and the ninth entry of his father's famous killer puppet franchise Tiny Terrors 9: Purgatory of the Petite; however, things aren't going as planned: the cast and crew members are losing patience with the long hours, lack of pay, terrible scripts, and Kelvin's over reliance on good will towards his father. A blogger who goes by the name of "Demon Warrior 13" is organizing effective boycotts of their films.