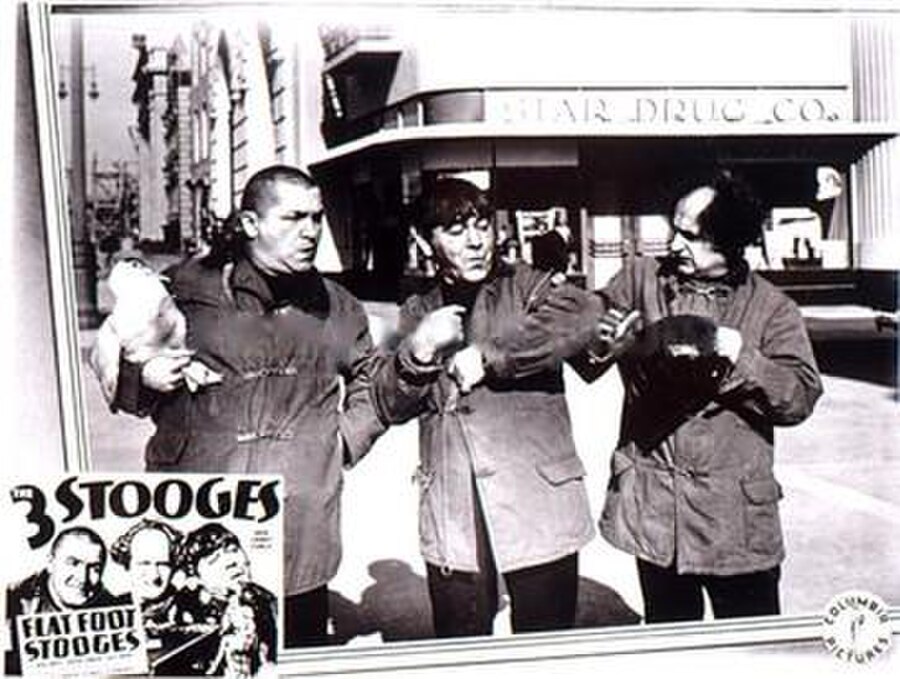 Flat Foot Stooges is a 1938 short subject directed by Charley Chase starring American slapstick comedy team The Three Stooges (Moe Howard, Larry Fine and Curly Howard). It is the 35th entry in the series released by Columbia Pictures starring the comedians, who released 190 shorts for the studio between 1934 and 1959.

The trio are firemen (a la 1936's False Alarms) at an engine company that still employs horse-powered engines. Sleazy salesman Mr. Reardon (Dick Curtis) fails to convince Fire Chief Kelly (Chester Conklin) that horse-powered engines are on the way out. His ideas are rejected, and he is sent on his way. Mr. Reardon, however, tries to sabotage the firehouse by committing arson. He drops a can of gunpowder into the old-fashioned pump boiler and the chief's daughter (Lola Jensen) sees him. Reardon does not know that the can has a leak, and a duck has been eating the spilled gunpowder. The duck alights on a window ledge in the station and lays an egg, which falls to the floor and explodes like a hand grenade, starting a fire. The explosion startles the chief's daughter which causes her to fall backwards and knock her head on the bed, unconscious. Realizing too late that the blaze is coming from their own fire station, the Stooges manage to arrive just in time to save the chief's daughter from the flames.