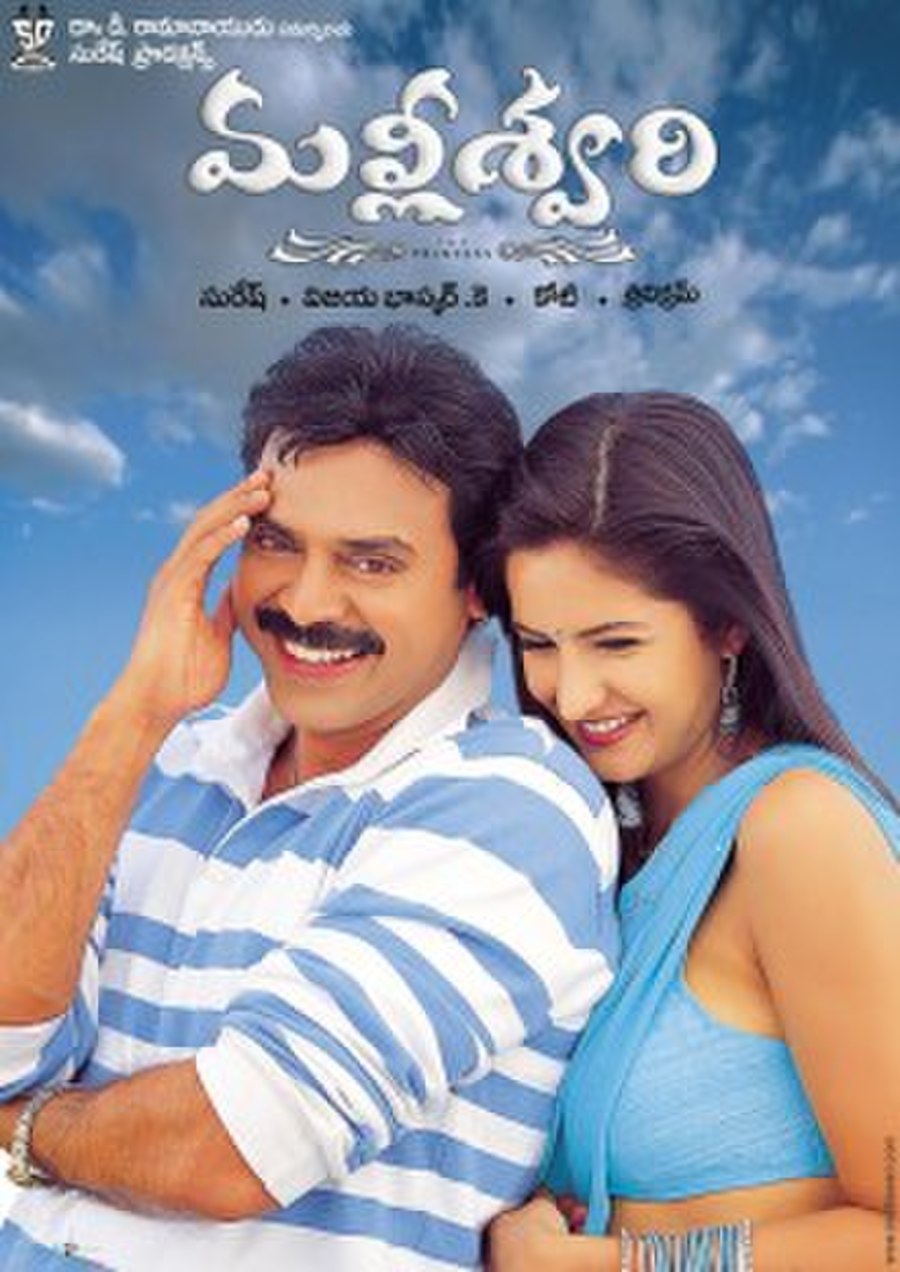 Malliswari is a 2004 Indian Telugu-language romantic comedy film produced by D.Suresh Babu on Suresh Productions banner, directed by K. Vijaya Bhaskar. Starring Venkatesh, Katrina Kaif (in her Telugu debut) in the lead roles and music composed by Koti, written by Trivikram Srinivas.The film was recorded as a 'super hit'. The film was later dubbed into Malayalam as Malliswari: The Princess. The film was later dubbed into Hindi on 10 January 2018 as Chand Sa Roshan (Malliswari). Kaif was paid 70 lakhs for her role in the film, thereby becoming the highest paid South Indian actress at the time.

Malliswari (Katrina Kaif) is the heiress of Raja of Mirzapur (M. Balaiah). Her deceased father wrote in his will that she would inherit the property worth after she becomes major at the age of 21. The entire property is under the control of Bhavani Shankar (Kota Srinivasa Rao), who wants to inherit the entire property by killing her. As he hatches the plans to eliminate Malliswari, she is sent to her uncle's (Tanikella Bharani) in Visakhapatnam as a normal girl so that she can live with anonymity. Prasad (Venkatesh) works as a bank accountant in Andhra Bank there. He is a bachelor who has been continuously seeking for marriage alliance for the past seven years, and is growing increasingly desperate. He accidentally meets Malliswari and falls deeply in love with her. Malliswari is traced by the goons there and they start running after her. Prasad escorts her and drops her safely in Hyderabad. The rest of the story describes what happens next and the eventual conclusion of the plot.