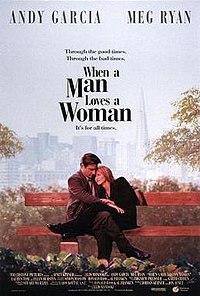 Alice Green is a school counselor who has a serious drinking problem and is married to Michael, an airline pilot. Though she is lighthearted and loving, Alice is often reckless and, when drunk, even neglects her children: nine-year-old Jess from a previous marriage, and four-year-old Casey, whose father is Michael.