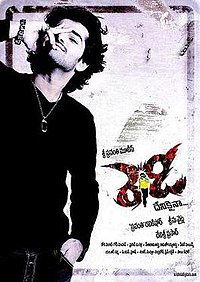 The movie begins with Raghupathi (Nassar) being introduced as the eldest of his three brothers – the other two being Raghava (Tanikella Bharani) and Rajaram (Vajja Venkata Giridhar) and sister Swarajyam (Rajitha) and her husband (Chandramohan) with Chandu (Ram) as the only son of Raghava and sole inheritor of the property of 'R S Brothers'. Chandu plans the elopement of his cousin Swapna (Tamannaah) with her boyfriend (Navdeep) due to which he is ousted from the house and is isolated from his family by Raghupathi. However, Chandu tries to re-establish links with his family members, but to no avail. Meanwhile, on the last day of his college, Chandu and his friends meet their friend "Google" Gopi (Ravi Varma) who is depressed because his girlfriend will marry someone else. Chandu decides to stop the marriage and marry off her to Gopi. However, they kidnap Pooja (Genelia D'Souza) instead of Gopi's girlfriend due to a mistaken identity. After being chased by some hooligans – who are after Pooja – they escape with the exception of Chandu and Pooja who end up in forest. Chandu falls for Pooja who also reciprocates her feelings.