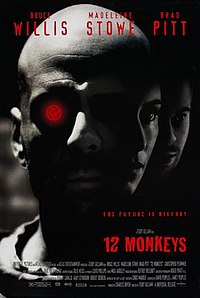 A deadly virus, released in 1996, wipes out almost all of humanity; survivors are forced to live underground. A group known as the Army of the Twelve Monkeys is believed to have released the virus.