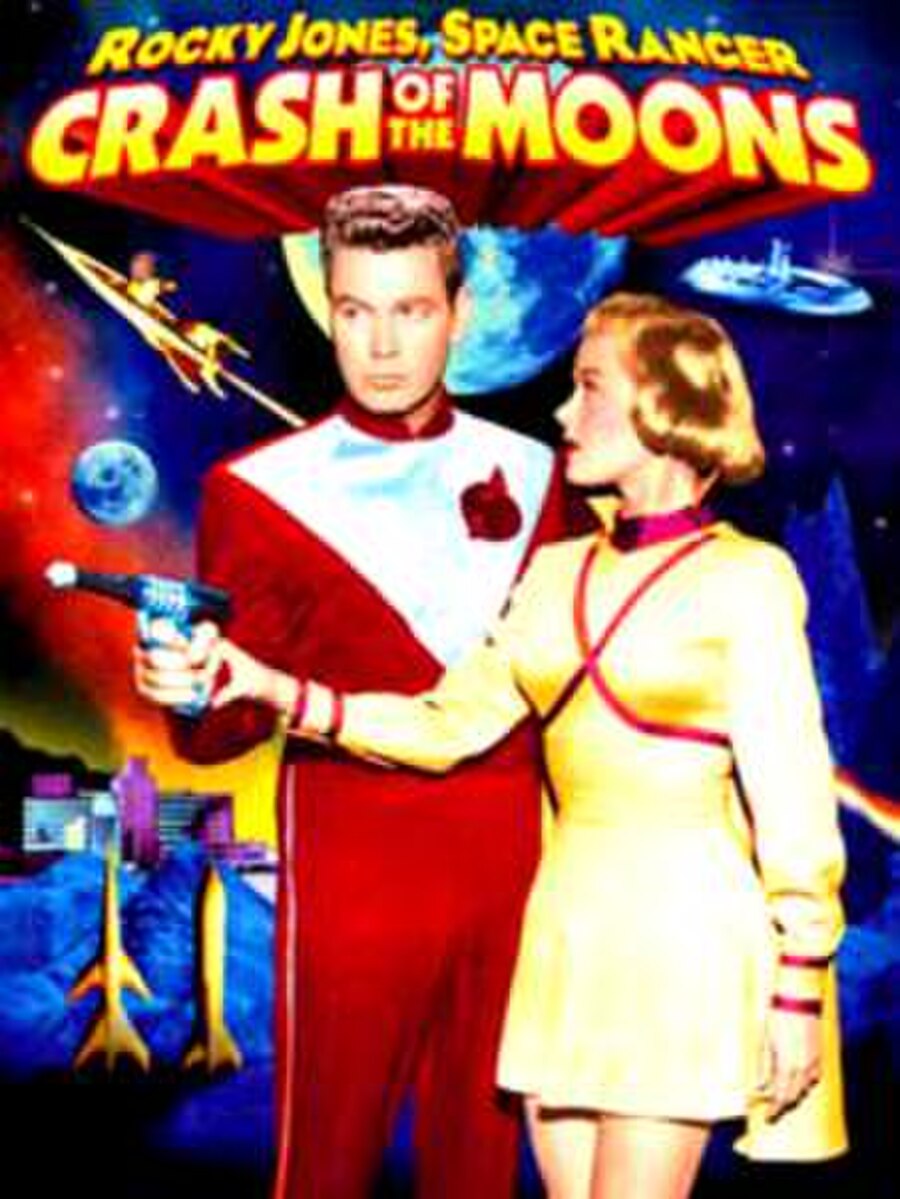 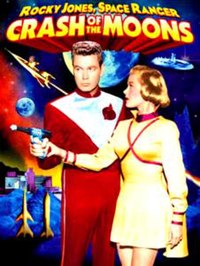 Crash of the Moons is a 75-minute 1954 American science fiction film, consisting of three consecutive episodes of the television series Rocky Jones, Space Ranger, edited into a complete story.

Rocky Jones, a leading member of the Space Ranger force, attempts to save the inhabitants of Ophecius, a planet about to collide with a moon. However, Cleolanta - the empress of the planet - is suspicious. While Rocky and his crew succeed in evacuating the planet in time, Cleolanta's pride and vanity are a major hindrance. As the last of the planet's population leaves, Cleolanta arrogantly declares that she will stay behind. Her assistant refuses to allow this, and picks her up against her will and carries her on board Rocky's own ship, the Orbit Jet. She watches in despair as the moon crashes into her planet, the two bodies destroying one another instantly. As the ship heads for the new home that has been chosen for her people, Cleolanta realizes that she had been wrong, and that, as stated by one of her underlings, "it is the people that make a nation, not the land itself". She reconciles with Rocky and his crew, and sincerely thanks them for their efforts on her behalf and that of her people.