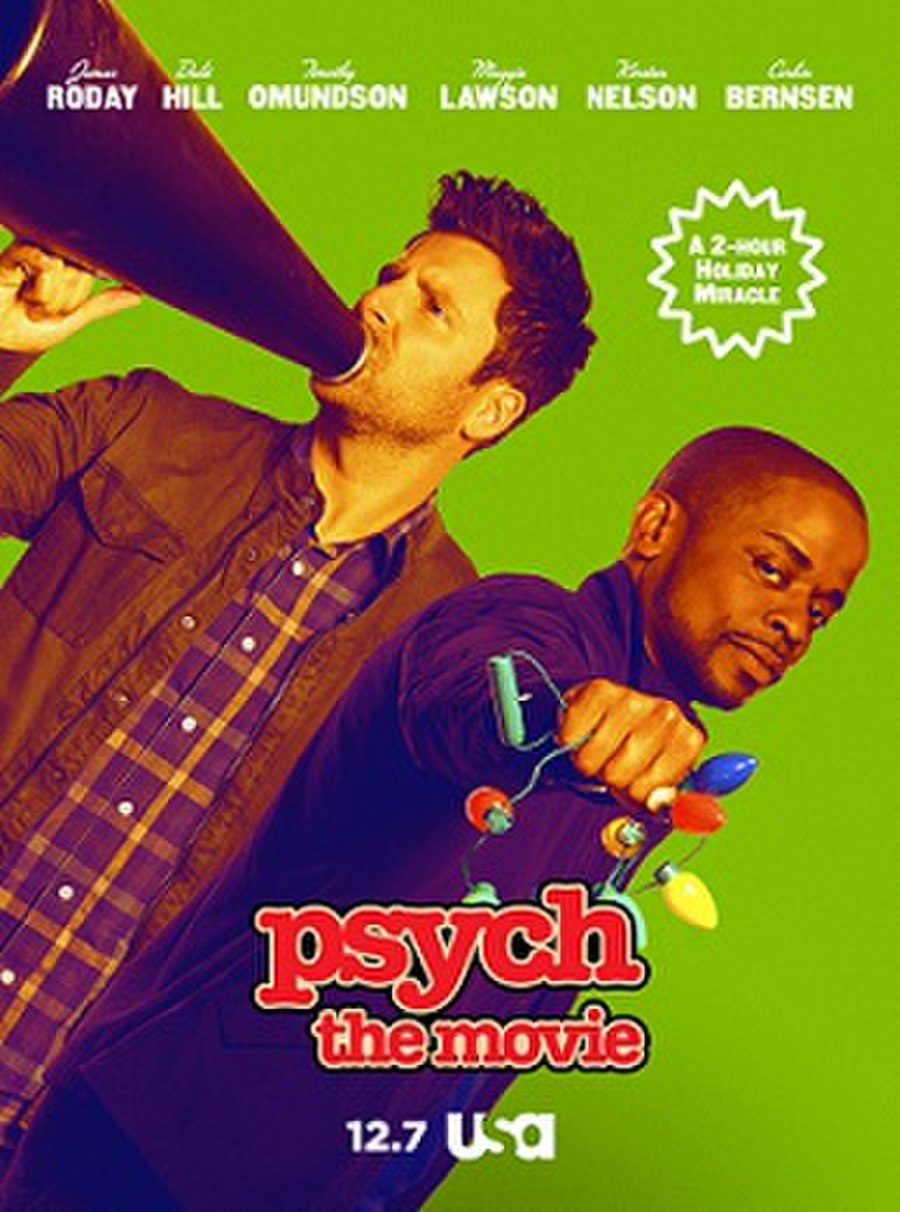 Psych: The Movie is a 2017 American made-for-television comedy film based on the USA Network dramedy series, Psych. The film follows the Psych characters three years later in San Francisco, since the series finale in 2014. The movie aired on December 7, 2017 on the USA Network. James Roday, Dulé Hill, Timothy Omundson, Maggie Lawson, Kirsten Nelson, and Corbin Bernsen all reprised their roles from the series, with frequently recurring actors Kurt Fuller and Jimmi Simpson also appearing. The film was directed by series creator Steve Franks, who co-wrote the script with Roday. Franks hopes to make five more sequels, with the sequel, Psych 2: Lassie Come Home, debuting on July 15, 2020 on NBCUniversal's new streaming service, Peacock.

As shown in the series finale, Shawn, Gus and Juliet relocated to San Francisco, where they remain three years later. After Juliet's SFPD partner Sam Sloan is shot, Shawn and Gus attempt to find out who was responsible and why it happened. They soon learn that a mysterious organization is threatening the reputation, safety, and well-being of Juliet (who wound up needing to use unconventional and questionable but still-lawful methods to put away perpetrators, as well as the individual who snitched on all of them). At first, Juliet is reluctant to allow anyone to help her out with her problem, but an unpleasant development connected with her partner's shooting convinces her she needs Shawn's help.