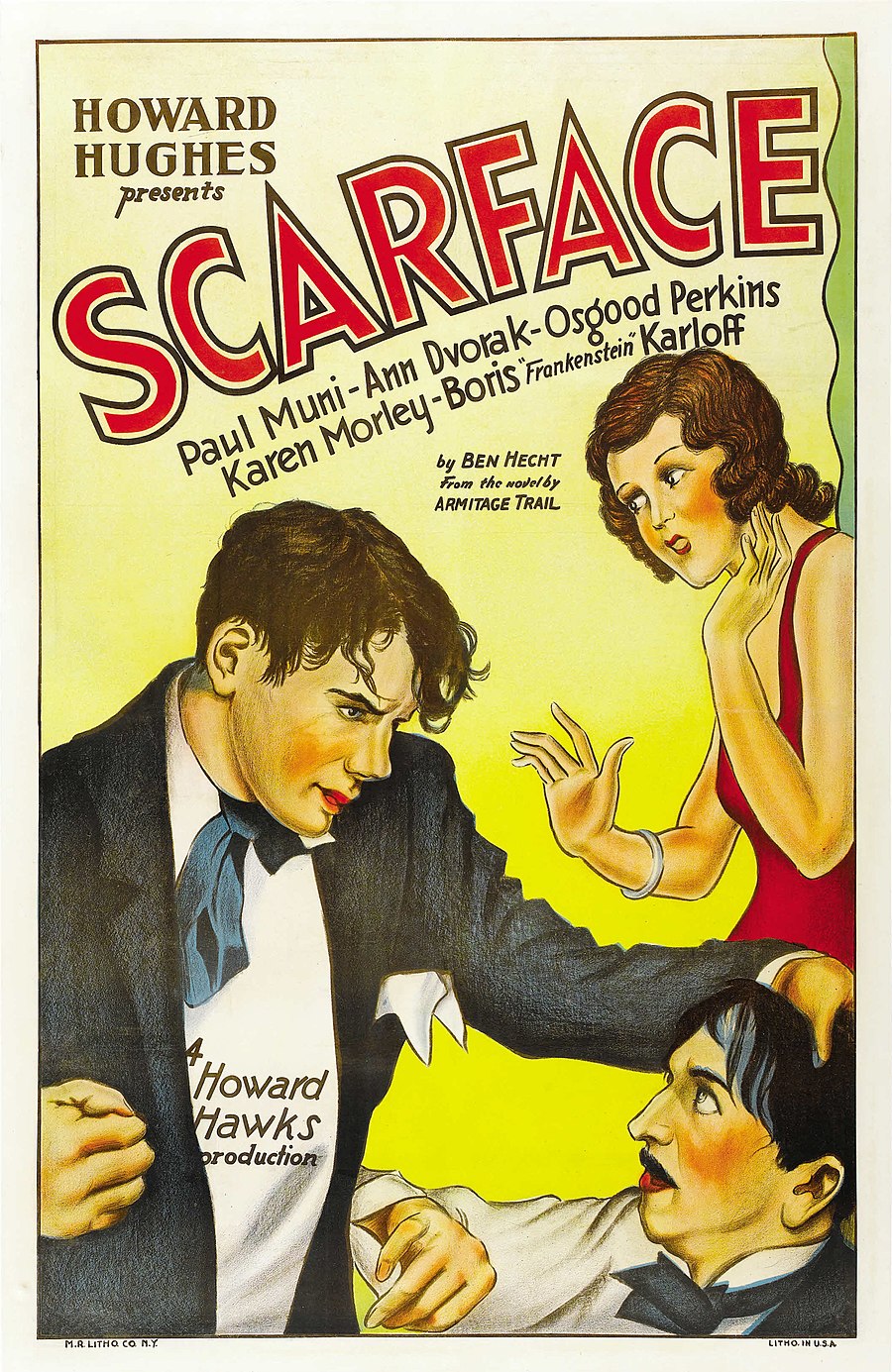 Scarface (also known as Scarface: The Shame of the Nation and The Shame of a Nation) is a 1932 American pre-Code gangster film directed by Howard Hawks and produced by Hawks and Howard Hughes. The screenplay, by Ben Hecht, is based loosely on the 1929 novel by Armitage Trail which was inspired by Al Capone. The film stars Paul Muni as Antonio "Tony" Camonte, a gangster who violently rises through the Chicago gangland. Meanwhile, Camonte pursues his bosses' mistress as Camonte's sister pursues his best hitman. In an overt tie to the life of Capone, one scene depicts a version of the Saint Valentine's Day Massacre.

In 1920s Chicago, Italian immigrant Antonio "Tony" Camonte (Paul Muni) acts on the orders of Italian mafioso John "Johnny" Lovo (Osgood Perkins) and kills "Big" Louis Costillo, the leading crime boss of the city's South Side. Johnny takes control of the South Side with Tony as his key lieutenant, selling large amounts of illegal beer to speakeasies and muscling in on bars run by rival outfits. However, Johnny repeatedly warns Tony not to mess with the Irish gangs led by O'Hara, who runs the North Side. Tony soon ignores these orders, barraging bars belonging to O'Hara, and attracting the attention of the police and rival gangsters. Johnny realizes Tony is out of control and aspires to take his position.