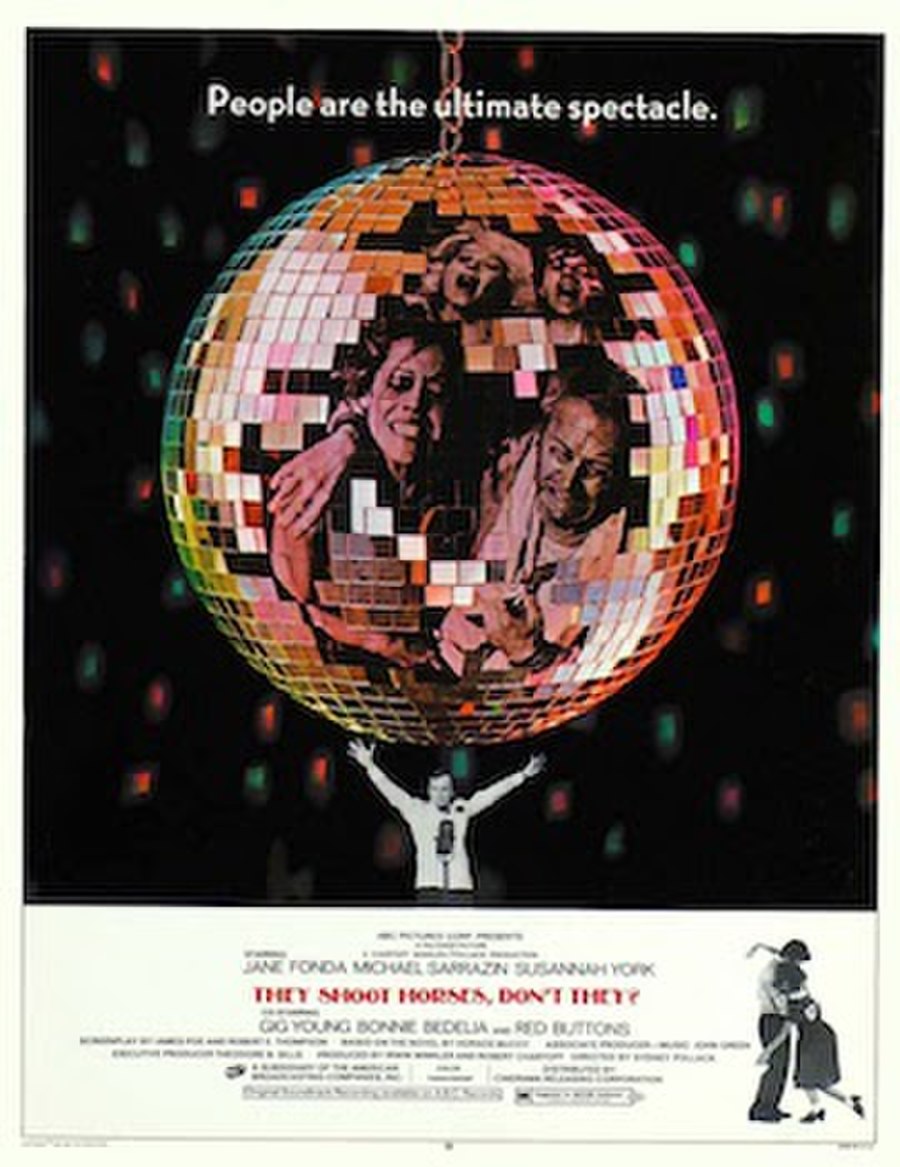 They Shoot Horses, Don't They? is a 1969 American psychological tragedy film directed by Sydney Pollack, and starring Jane Fonda, Michael Sarrazin, Susannah York, Red Buttons, Bruce Dern, Bonnie Bedelia, and Gig Young. Based on Horace McCoy's 1935 novel of the same name, the film focuses on a disparate group of individuals desperate to win a Depression-era dance marathon and an opportunistic emcee who urges them on.

Robert Syverton, who had once dreamed of becoming a great film director, recalls the events leading to an unstated crime. In his youth, he saw a horse break its leg, after which it was shot and put out of its misery. Years later, in 1932 during the Great Depression, he wanders into a dance marathon about to begin in the shabby La Monica Ballroom, perched over the Pacific Ocean on the Santa Monica Pier in Southern California. Robert soon finds himself recruited by Rocky, the contest's promoter and emcee, as a substitute partner for a cynical malcontent named Gloria Beatty, after her original partner is disqualified due to bronchitis.