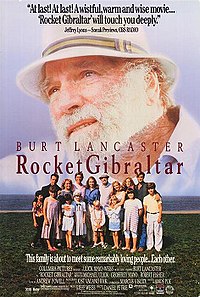 Levi Rockwell is a retired, widowed Hollywood screenwriter and patriarch who reunites his entire family at his Long Island estate for his 77th birthday, but personal and social problems abound. His four children, son Rolo, and daughters Ruby, Rose and Aggie arrive, along with their spouses and children, to help him celebrate his 77th birthday. During the course of the family reunion, Levi's health begins to fail and he voices a sentimental request that he be given a 'Viking Funeral' after his death. With his adult children consumed by their own personal worries, the grandchildren honor Levi's last wishes.