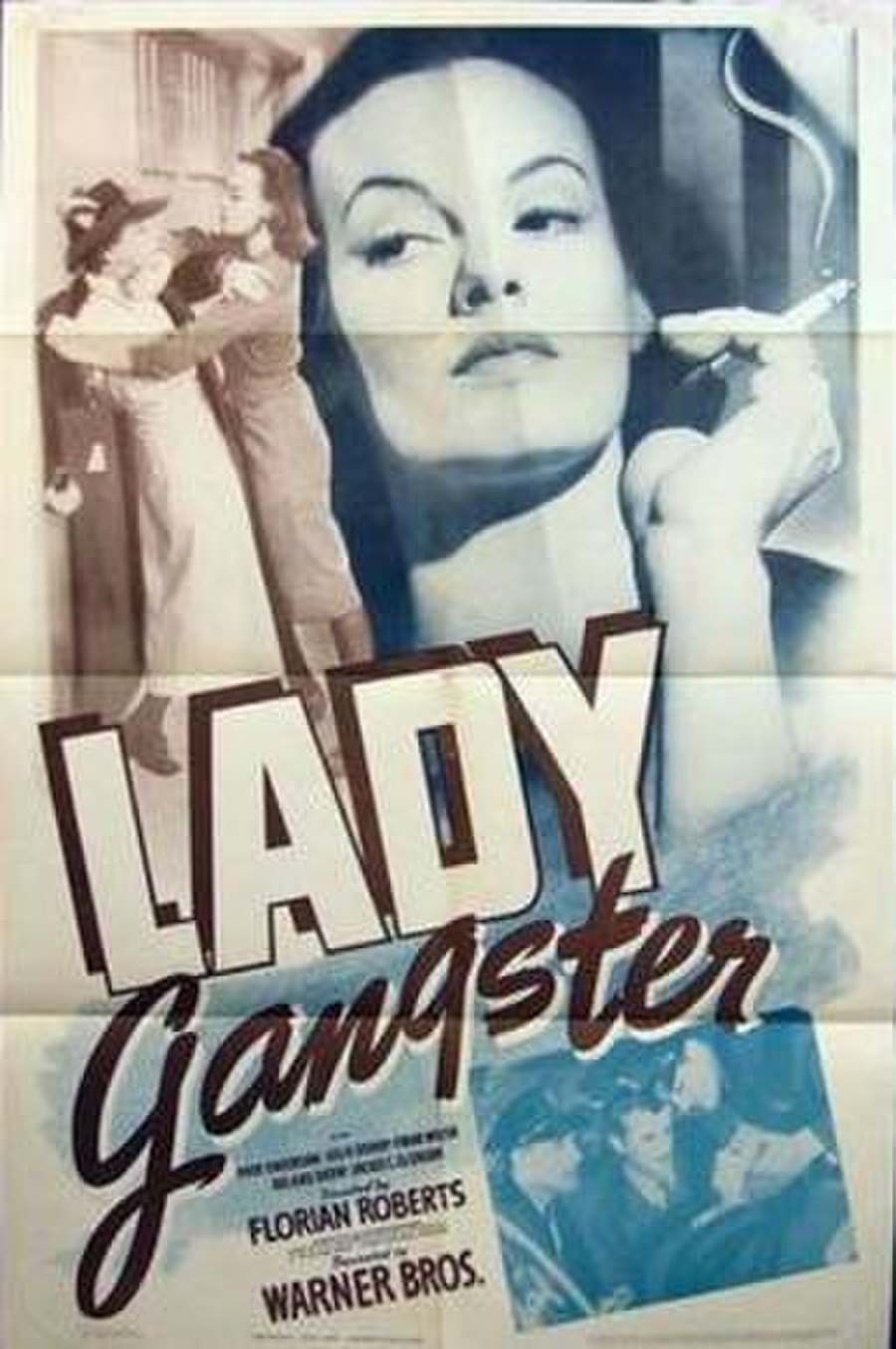 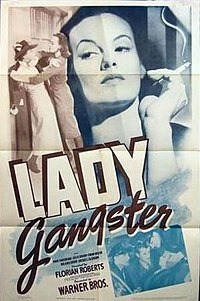 Lady Gangster is a 1942 Warner Bros. B picture film noir directed by Robert Florey, credited as "Florian Roberts". It is based on the play Gangstress, or Women in Prison by Dorothy Mackaye, who had spent ten months of a one-to-three-years sentence in San Quentin State Prison. Lady Gangster is a remake of the pre-Code film, Ladies They Talk About (1933). Jackie Gleason plays a supporting role.

Dorothy "Dot" Burton (Faye Emerson) is a member of a gang of bank robbers. Using her femininity and a cute dog provided her by her male cohorts who dognapped him, she is able to enter a bank before opening time, leaving the door open and the bank guard holding her dog, thus enabling a successful robbery. When police interfere with the getaway she faints and proclaims her innocence, however the police have strong doubts as "her" dog won't come to her and has a different name on his collar than what she calls him. After she confesses to her part in the robbery, she is sent to women's prison where she makes enemies of fellow inmates seeking Dot's share of the money.