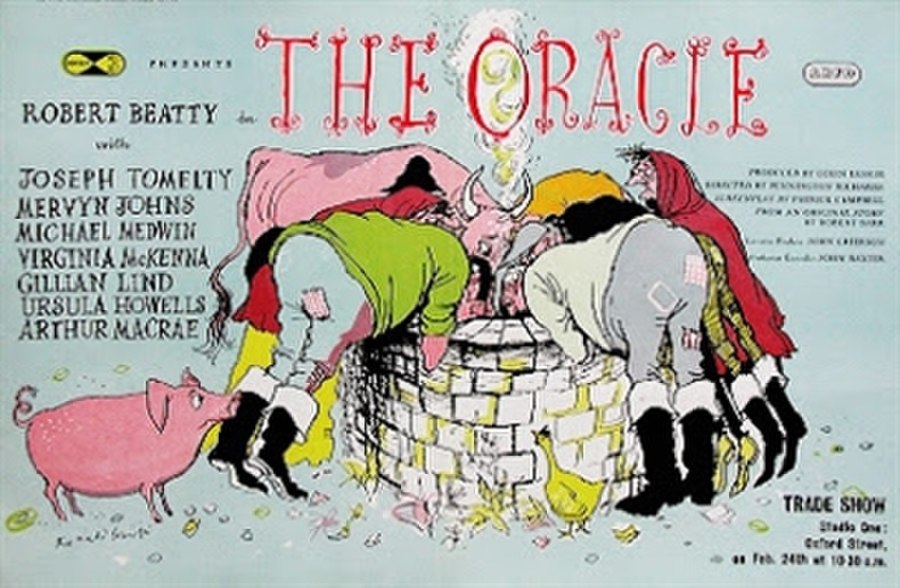 The Oracle (known as The Horse's Mouth in the United States ) is a 1953 British comedy film directed by C.M. Pennington-Richards and starring Robert Beatty, Michael Medwin and Virginia McKenna. The screenplay concerns a journalist who goes on holiday to Ireland where he encounters a fortune-teller.

Timothy Blake (Michael Medwin), a British reporter holidaying or a remote island offshore of Ireland, hears a man's voice coming from the bottom of a well. The voice turns out to be a modern-day Oracle, or fortune teller, whose predictions prove uncannily accurate. Bob is determined to get a story out of this, but his editor is less enthusiastic and promptly fires him. The newfound publicity though, means the once-sleepy Irish village is now invaded with curiosity seekers, and those seeking the horse racing results.