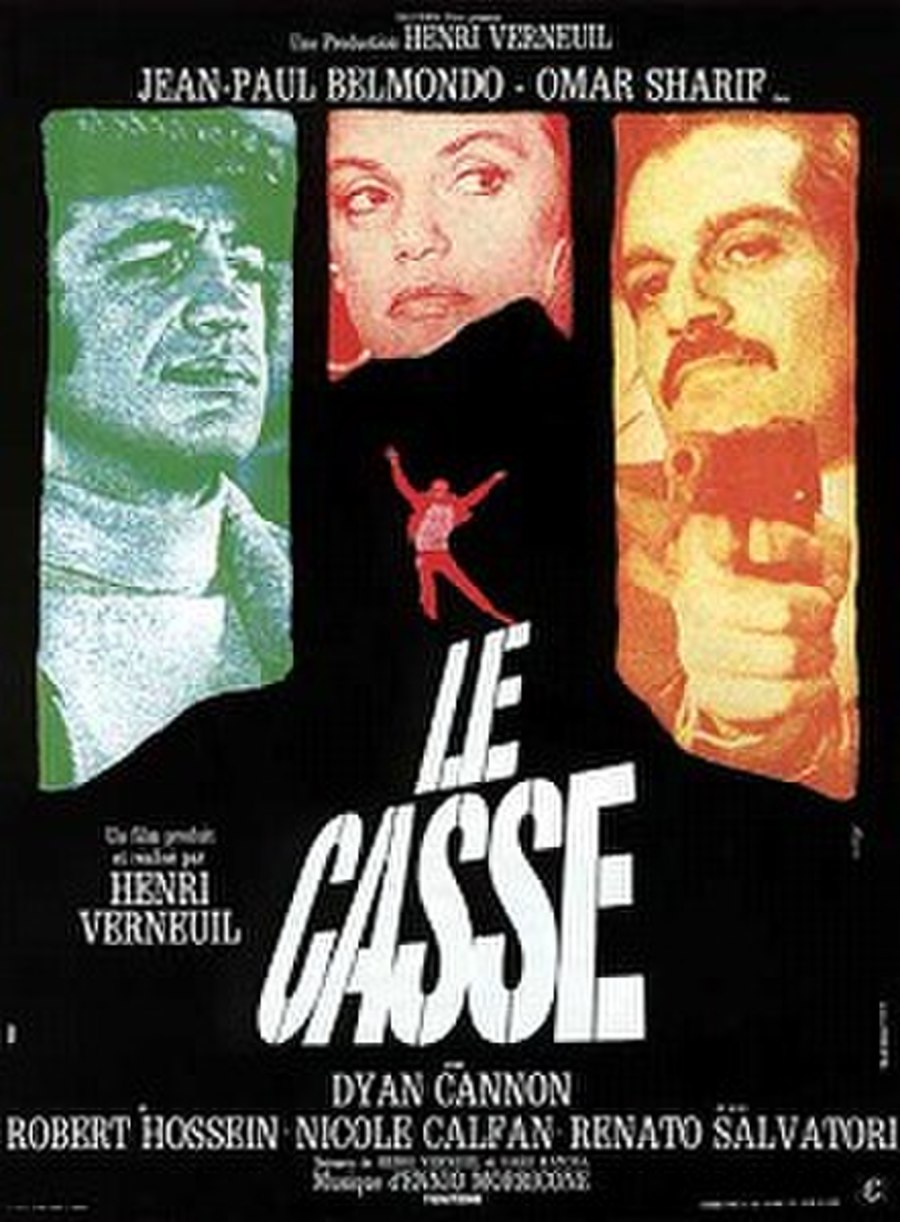 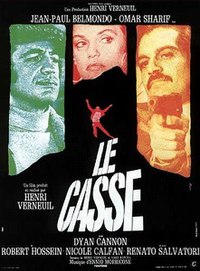 Le Casse (US title: The Burglars) is a 1971 movie directed by French director Henri Verneuil, starring Jean-Paul Belmondo, Omar Sharif, Dyan Cannon and Robert Hossein. It is based on the 1953 novel by David Goodis and revolves around a team of four burglars chased by a corrupt policeman in Athens. It's a remake of the 1957 film The Burglar with Jayne Mansfield.

In Athens, Azad (Jean-Paul Belmondo), Ralph (Robert Hossein) and 2 other accomplices, Renzi and Helen, steal a suitcase of emeralds from a rich Greek citizen, M.Tasco, when the latter is away on vacation.