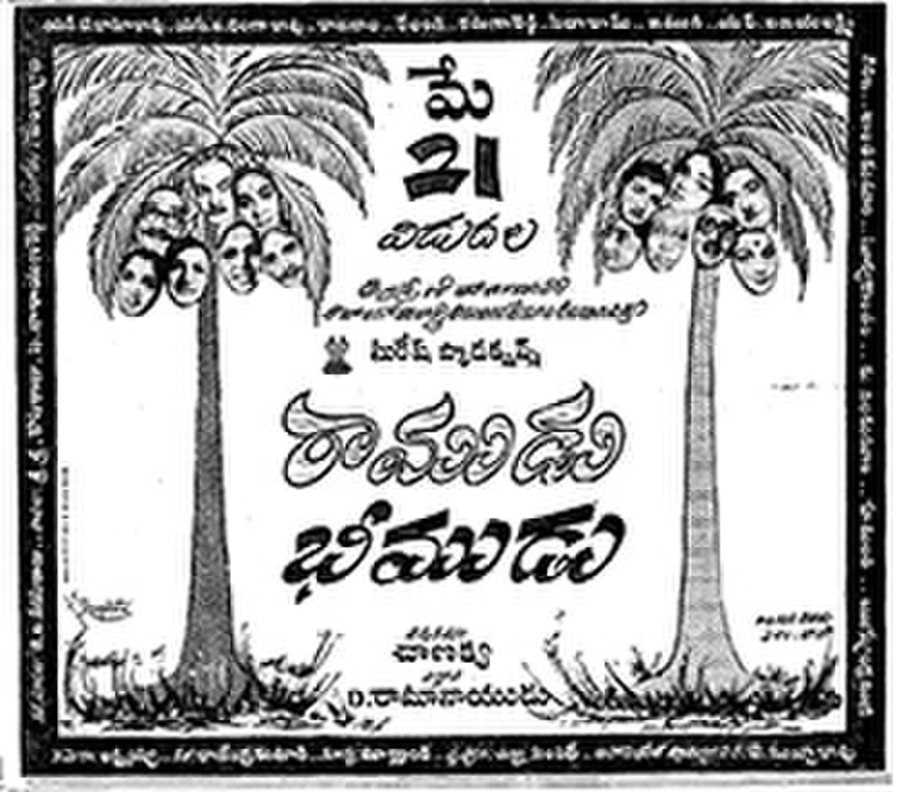 Ramudu Bheemudu is a 1964 Indian Telugu-language comedy film, produced by D. Ramanaidu under the Suresh Productions banner and directed by Tapi Chanakya. It stars N. T. Rama Rao, Jamuna, L. Vijayalakshmi in the lead roles and music composed by Pendyala Nageswara Rao. The film was very successful at the box office.

Ramudu (N. T. Rama Rao) is an innocent rich young man who has been in the guardianship of his uncle Panakala Rao (Rajanala) since his childhood. This uncle of his is both crooked and wicked and simply wants to usurp Ramudu's property, and is just waiting for an appropriate opportunity. Ramudu is made to attend to all the domestic chores and is often beaten by his uncle at the slightest opportunity and is generally treated like a slave even though he is the sole heir to large amounts of money and property. His uncle is just a guardian of Ramudu's property...and since his uncle wants to usurp Ramudu's property...the uncle raises Ramudu as a coward and puts fear in the heart of Ramudu. One day Ramudu thinks he has had enough of this torture and runs away from home.