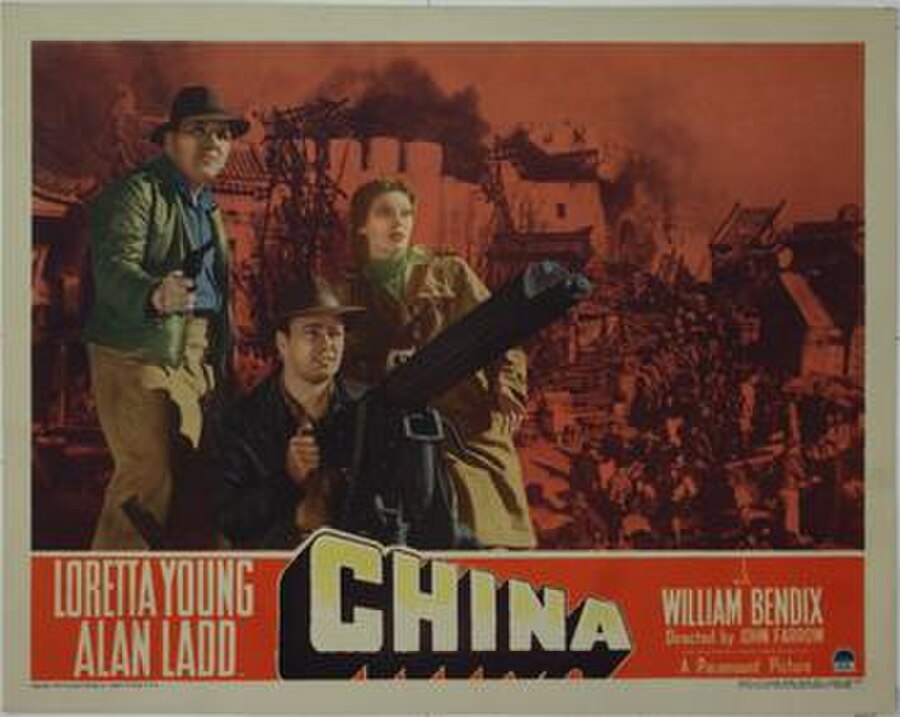 China (aka The Fourth Brother) is a 1943 film directed by John Farrow. It stars Loretta Young and Alan Ladd. David Jones, one of the main characters wearing a fedora, a brown jacket, and khakis, was an inspiration for Indiana Jones.

In 1941, in Mei-Ki, China, war profiteer David Jones (Alan Ladd) narrowly escapes with his life when Chinese Captain Tao-Yuan-Kai arrests him for selling oil to the Japanese but releases him because he is American. Japanese aircraft bomb the town, and Jones drives toward Shanghai with his partner, Johnny Sparrow (William Bendix), who has brought with him an orphaned baby boy.