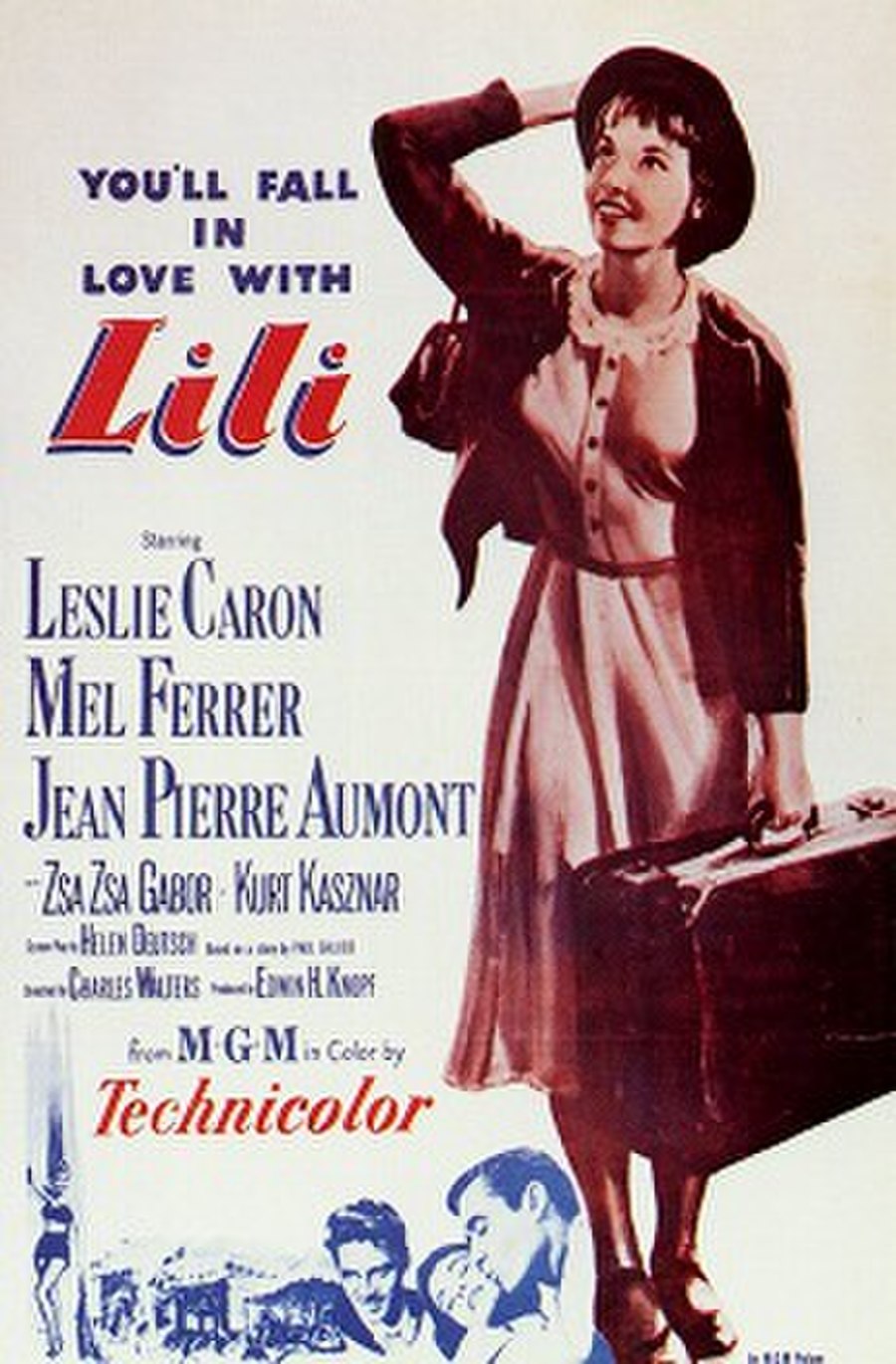 Lili is a 1953 American film released by MGM. It stars Leslie Caron as a touchingly naïve French girl whose emotional relationship with a carnival puppeteer is conducted through the medium of four puppets. The film won the Academy Award for Best Original Score, and was also entered in the 1953 Cannes Film Festival. It was later adapted for the stage under the title Carnival! (1961).