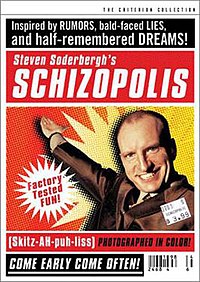 Although the film does not have a linear plot, a structure exists, telling the same story from three different perspectives. At the beginning, Soderbergh speaks to the audience in a style meant to evoke Cecil B. DeMille's introduction to The Ten Commandments.