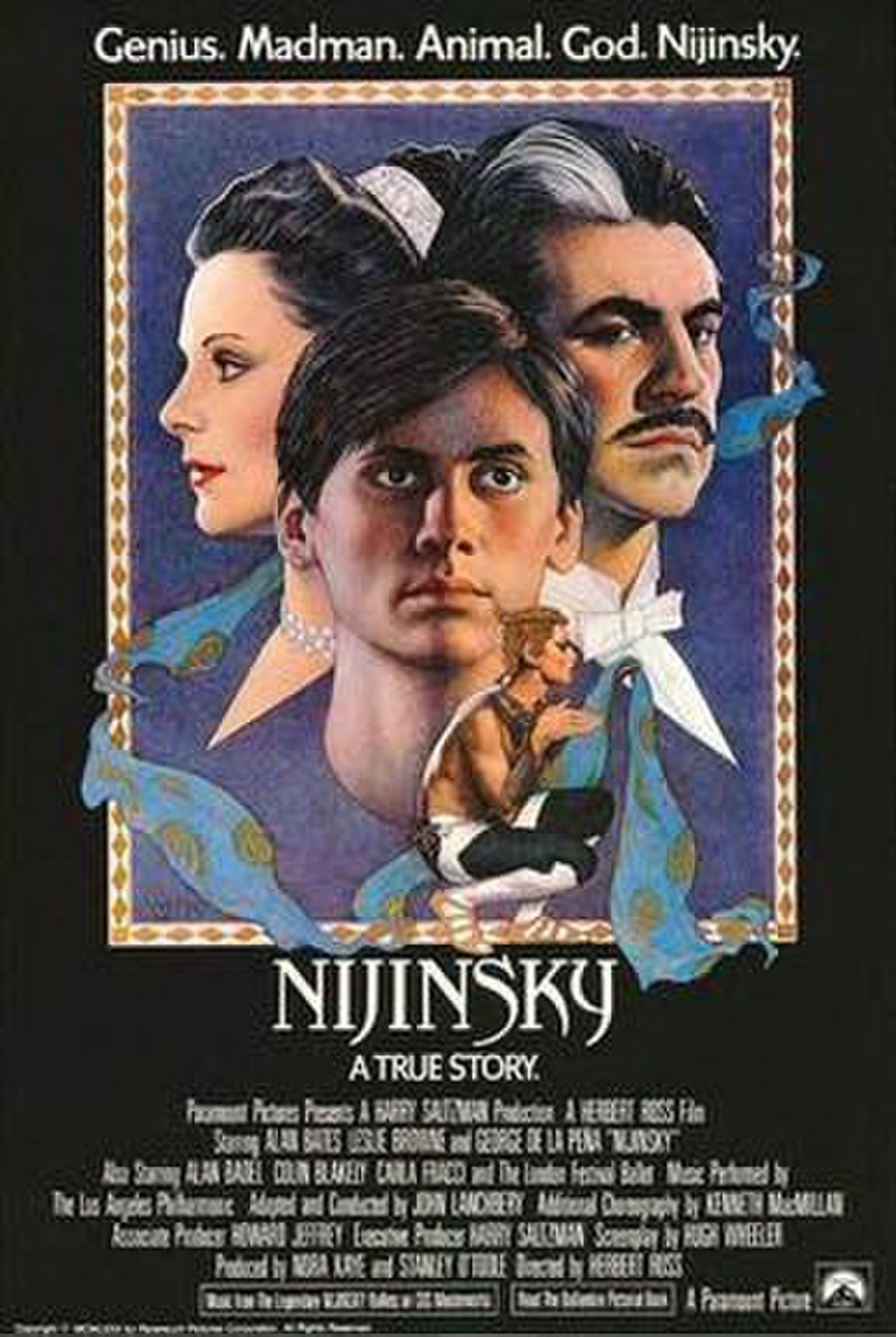 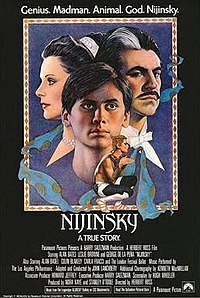 Nijinsky is a 1980 American biographical film directed by Herbert Ross. Hugh Wheeler wrote a screenplay that explores the later life and career of Vaslav Nijinsky; it was based largely on the premier danseur's personal diaries (a bowdlerized 1936 version was edited and published by his wife, Romola de Pulszky), and her 1934 biography of Nijinsky, largely ghostwritten by Lincoln Kirstein, who later co-founded the New York City Ballet.

The film suggests Nijinsky was driven into madness by both his consuming ambition and self-enforced heterosexuality. He became involved with Romola de Pulszky, a society girl who joined impresario Sergei Diaghilev's Ballets Russes specifically to seduce Nijinsky. After a series of misunderstandings with Diaghilev, who is both his domineering mentor and possessive lover, Nijinsky succumbs to Romola's charms and marries her. After this, his gradual decline from artistic moodiness to a diagnosis of schizophrenia begins.