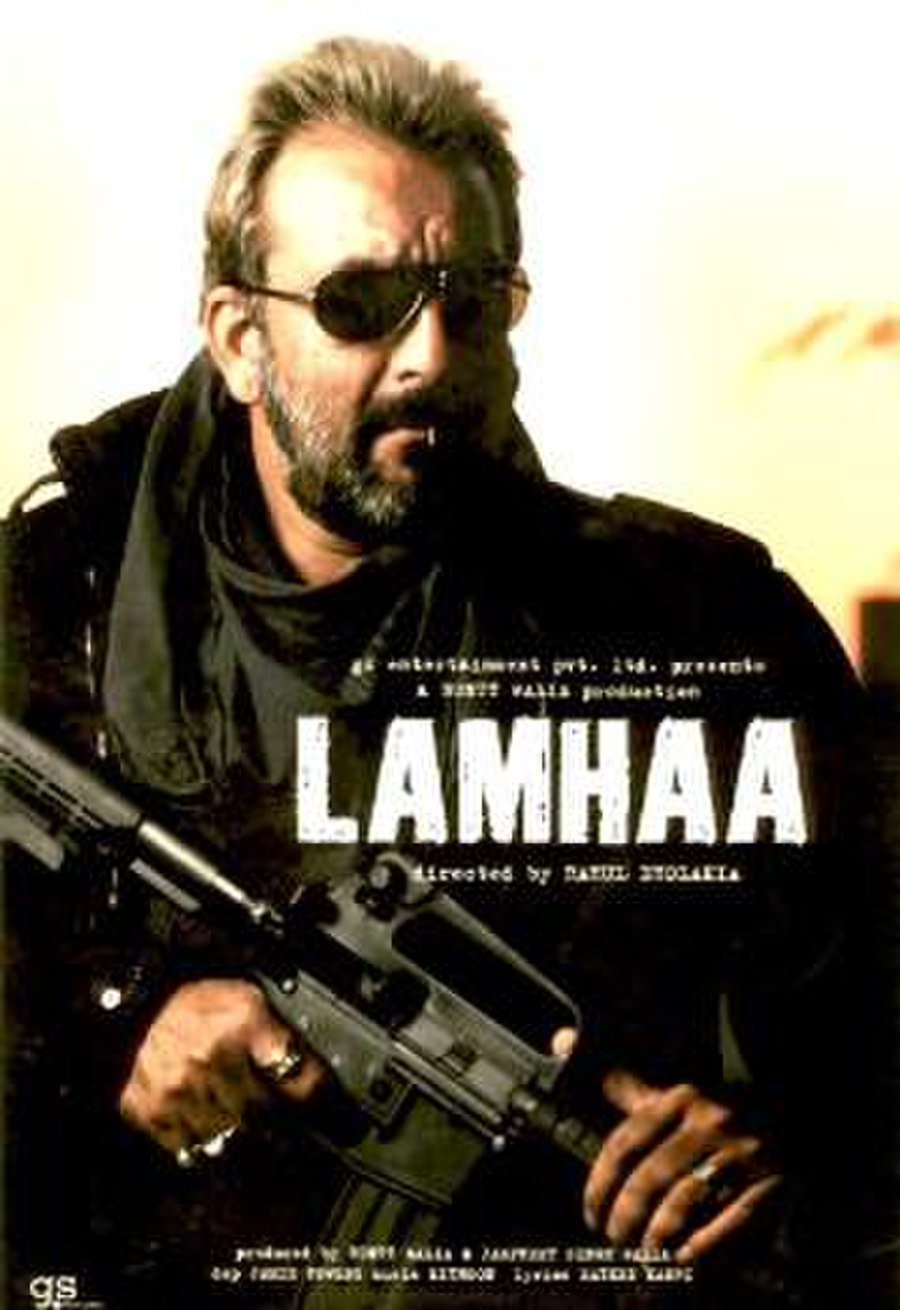 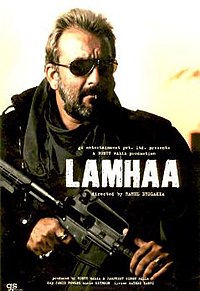 Lamhaa is a 2010 Indian Hindi-language action thriller film written and directed by Rahul Dholakia. It stars Sanjay Dutt, Bipasha Basu, Anupam Kher and Kunal Kapoor in the leading roles. The film follows an Indian Army officer sent undercover to find the culprit behind extremist attacks in Kashmir, where he is helped by the daughter of a separatist leader. The film released on 16 July 2010.

Indian Military Intelligence assigns their agent, Vikram Sabharwal, to travel to Kashmir. There he is to locate the person(s) behind the violence, under the guise of a press reporter, Gul Jahangir. Once there, he begins his investigation by visiting highly sensitive areas as such as the Jama Masjid, Dardpura Village and Rainawari Chowk. He is accompanied by a tailor, Char Chinar, who sells uniforms to both militants and the underpaid military soldiers. Vikram meets up with Aziza Abbas Ansari, and her mentor, Haji Sayyed Shah, and aspiring political leader, Aatif Hussain. And it is after these meetings that he will conclude who is behind the extremism in this beautiful yet 'most dangerous place on Earth'.