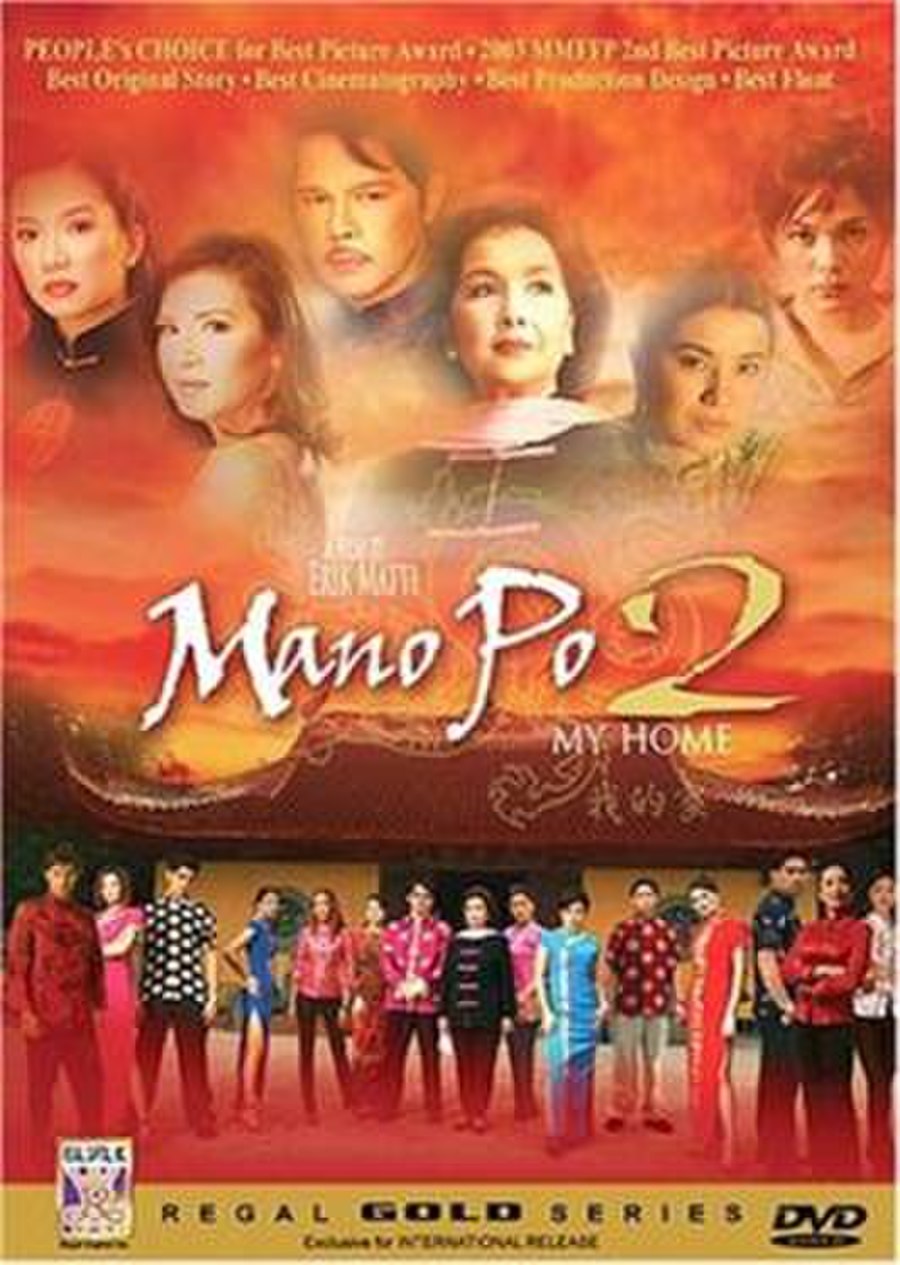 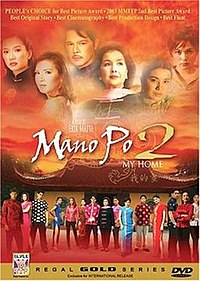 Mano Po 2: My Home is the second installment of the Mano Po franchise, after Mano Po (2002). Produced by Regal Entertainment, Mano Po 2 stars Susan Roces in the leading role. This was also the first Mano Po movie that was not directed by Joel Lamangan, director of the first movie; rather it was directed by Erik Matti. It was one of the official entries in the 2003 Metro Manila Film Festival which garnered 5 awards alongside Filipinas.

Antonio Chan was murdered in his car during a rainy night. And his families from different women, Sol (the first wife, and non-Chinese), LuShui (Chinese wife that was arranged to Antonio), and Belinda Ke (third Chinoy wife)'s children divided upon their parents and hatred for one another rises.