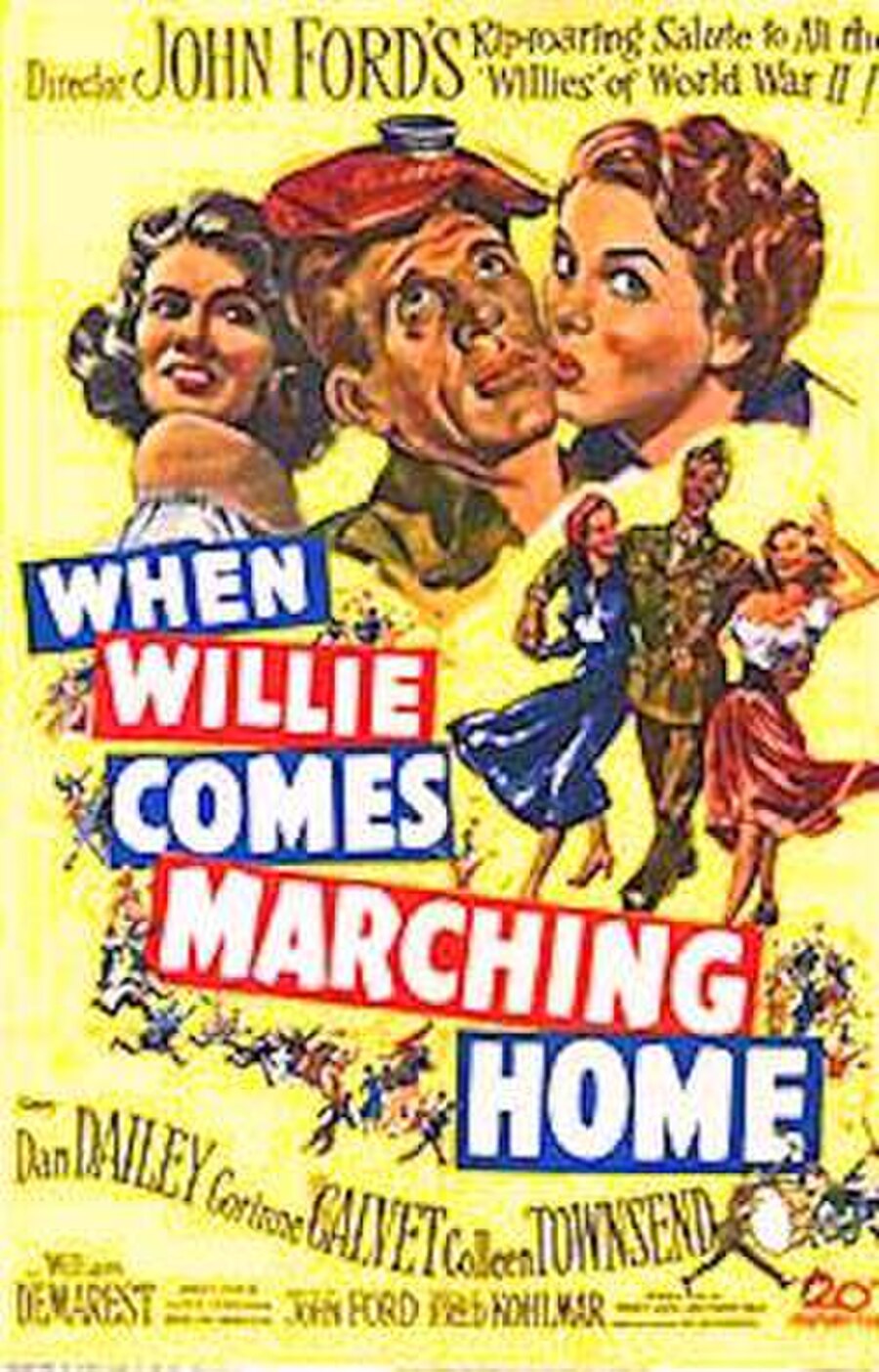 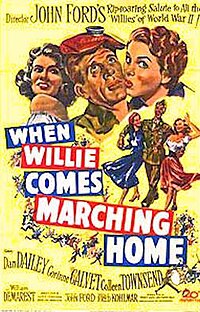 When Willie Comes Marching Home is a 1950 World War II comedy film directed by John Ford and starring Dan Dailey and Corinne Calvet. It is based on the 1945 short story "When Leo Comes Marching Home" by Sy Gomberg. The film won the Golden Leopard at the Locarno International Film Festival.

William "Bill" Kluggs (Dan Dailey) is the first in his hometown of Punxsatawney, West Virginia, to enlist in the Army Air Forces after the attack on Pearl Harbor, making his father Herman (William Demarest), mother Gertrude (Evelyn Varden) and girlfriend Marge Fettles (Colleen Townsend) proud. The whole town sees him off. Willie tries to become a pilot but washes out, although he proves to be so proficient at aerial gunnery that, rather than being sent to Europe to fight, he is made an instructor and assigned to a base near his hometown. After two years in the same place, he is branded a coward by the townsfolk, even though he continually requests a transfer into combat.