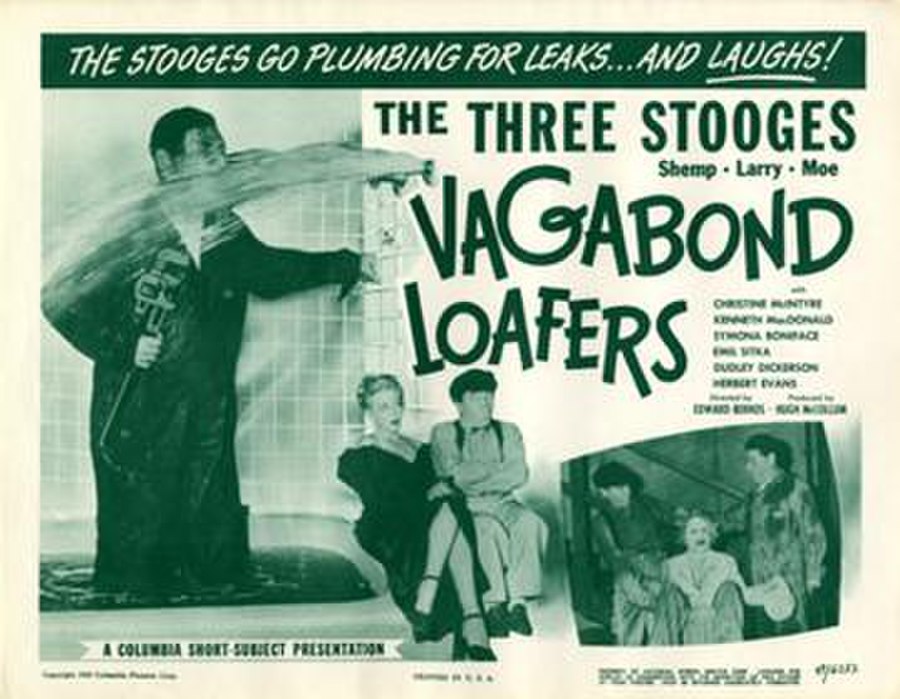 Vagabond Loafers is a 1949 short subject directed by Edward Bernds starring American slapstick comedy team The Three Stooges (Moe Howard, Larry Fine and Shemp Howard). It is the 118th entry in the series released by Columbia Pictures starring the comedians, who appeared in 190 shorts at the studio between 1934 and 1959.

The Stooges are inept plumbers at Day and Nite Plumbers. Moe is busy reading "How to Be a Plumber" when the phone rings with a request to fix a leaky faucet at the home of the wealthy Norfleets (Emil Sitka and Symona Boniface). The leak happens to spring up while the Norfleets are throwing a dinner party to celebrate the acquisition of a $50,000 Van Brocklin painting.