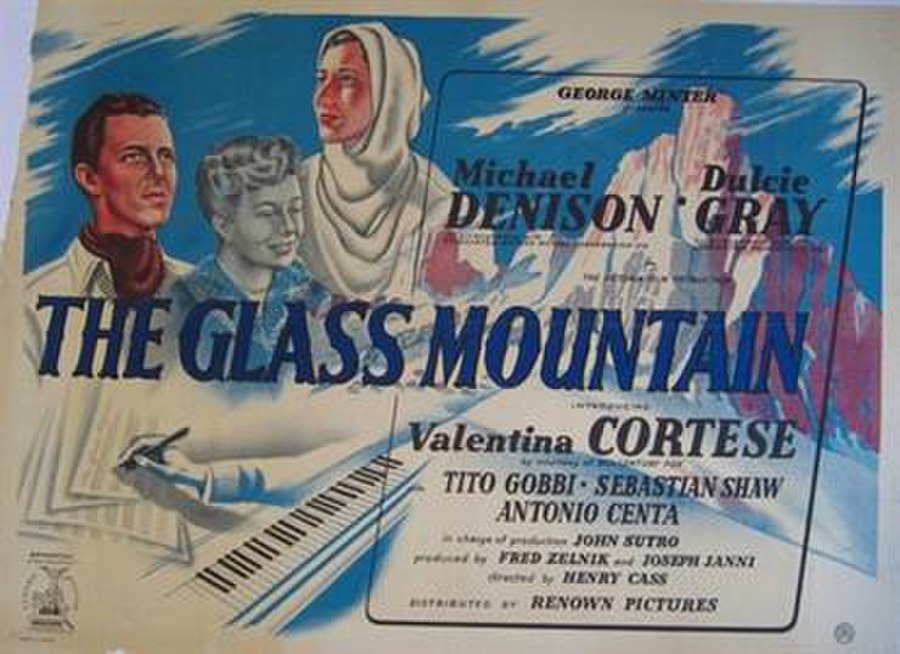 The Glass Mountain is a 1949 black and white British romantic film drama. It starred Michael Denison, Dulcie Gray and Valentina Cortese. The film was a popular success of its day, and was re-released in the UK in 1950 and 1953. It features acclaimed classical vocalist Tito Gobbi as himself, with the orchestra and chorus of the Venice Opera House. The theme music by Nino Rota is memorable, and was also a contemporary hit. It was mainly filmed on location in the Dolomites and at Venice's La Fenice Opera House. Co-producer Joseph Janni also co-produced another film shot in Italy, the comedy Honeymoon Deferred, in 1951.

Struggling composer Richard Wilder (Michael Denison) becomes an RAF pilot in the Second World War. His aeroplane is shot down over the Italian Dolomite mountains, but he is found unconscious in the snow by Alida (Valentina Cortese). She nurses him back to health. She tells him a local legend about two lovers - one a ghost who leads her faithless partner to his doom over a precipice on the Glass Mountain.