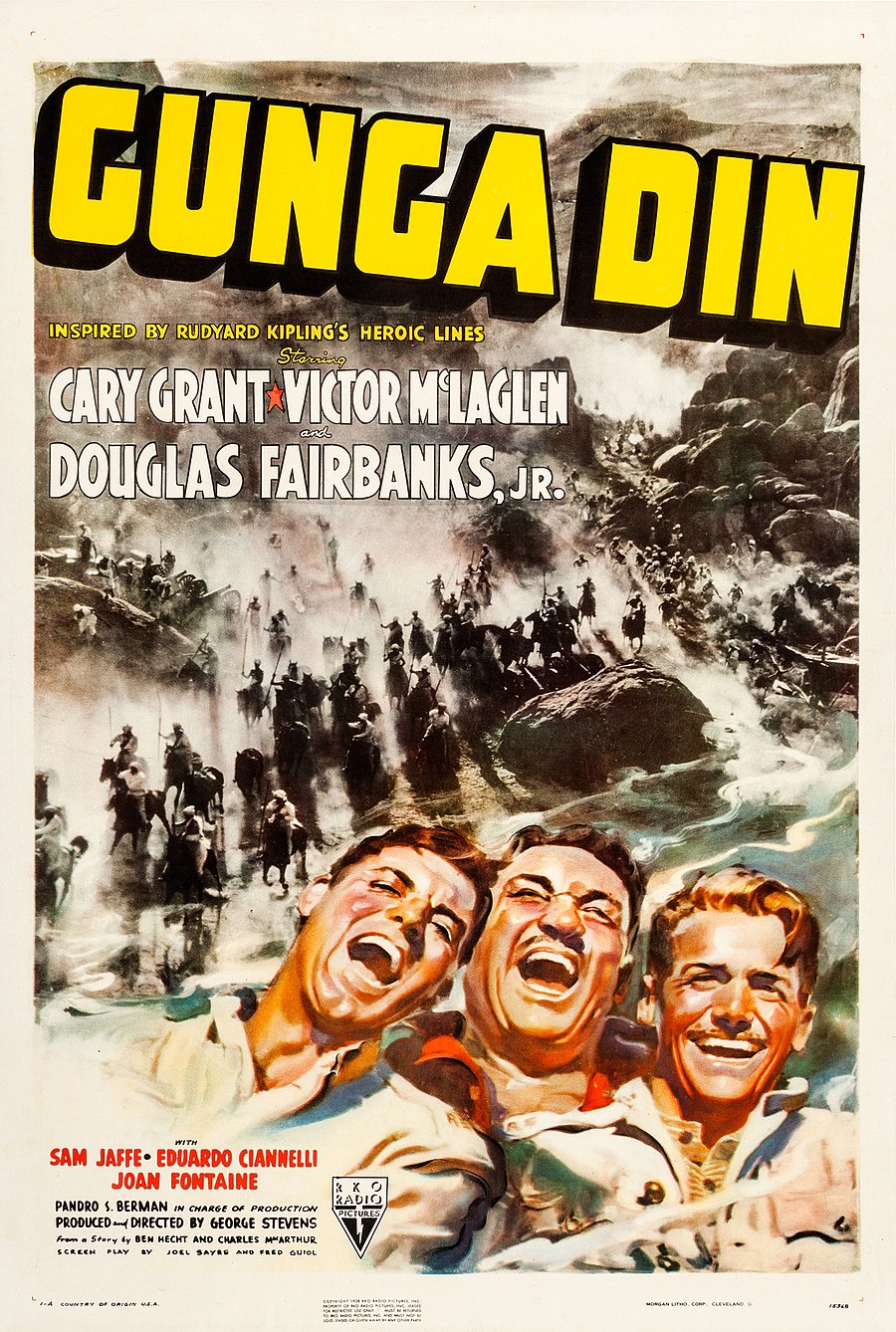 Gunga Din is a 1939 American adventure film from RKO Radio Pictures directed by George Stevens and starring Cary Grant, Victor McLaglen, and Douglas Fairbanks Jr., loosely based on the 1890 poem of the same name by Rudyard Kipling combined with elements of his 1888 short story collection Soldiers Three. The film is about three British sergeants and Gunga Din, their native bhisti (water bearer), who fight the Thuggee, an Indian murder cult, in colonial British India.

On the Northwest Frontier of India, circa 1880, contact has been lost with a British outpost at Tantrapur in the midst of a telegraph message. Colonel Weed dispatches a detachment of 25 British Indian Army troops to investigate, led by three sergeants of the Royal Engineers: MacChesney, Cutter, and Ballantine, long-time friends and veteran campaigners. Although they are a disciplinary headache for their colonel, they are the right men to send on a dangerous mission. Accompanying the detail are six Indian camp workers, including regimental bhisti (water carrier) Gunga Din, who longs to throw off his lowly status and become a soldier of the Queen.