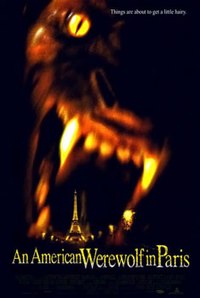 An American Werewolf in Paris 1997

An American Werewolf in Paris (the "An" does not appear in the title scene) is a 1997 dark fantasy comedy horror film directed by Anthony Waller, screenplay by Tim Burns, Tom Stern, and Waller, and starring Tom Everett Scott and Julie Delpy. It follows the general concept of, and is a sequel to, John Landis's 1981 film An American Werewolf in London. The film is an international co-production between companies from the United States, France, the Netherlands, and Luxembourg.

Andy McDermott is a tourist seeing the sights of Paris with his friends Brad and Chris. When Serafine Pigot (presumably the daughter of the werewolf from the first film) leaps off the Eiffel Tower just before Andy is about to bungee jump, he executes a mid-air rescue. She vanishes into the night, leaving Andy intrigued. That night, Andy, Chris, and Brad attend a nightclub called Club de la Lune hosted by Serafine's friend Claude. Serafine is not present, so Chris volunteers to go back to her house. He frees her from a cell in the basement and is locked in it. He escapes when he finds a legless werewolf confined to a bed. The club's owner, Claude, is actually the leader of a werewolf society that uses the club as a way to lure in people (preferably tourists) to be killed. Serafine arrives, tells Andy to run away, and transforms into a werewolf. The club owners transform into werewolves as well, and butcher all the guests, including Brad and Andy.