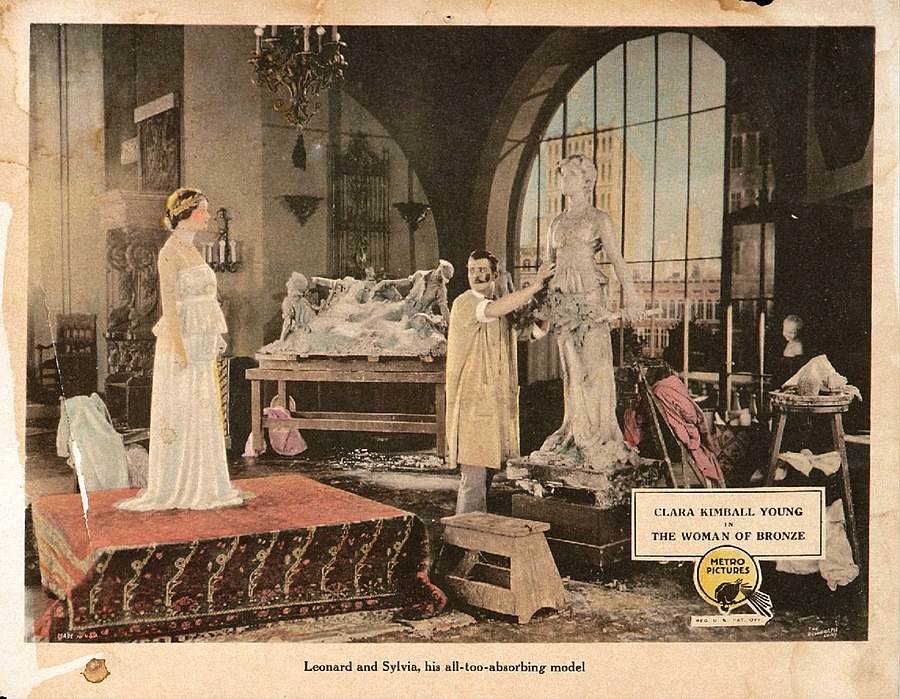 The Woman of Bronze is a 1923 American silent drama film directed by King Vidor and distributed through Metro Pictures. It is based on a 1920 Broadway play by Henry Kistemaeckers (adapted by Paul Kester) which starred Margaret Anglin, John Halliday and Mary Fowler. The film version is considered to be lost.

Vivian (Clara Kimball Young), a long-suffering wife, endures her artist husband’s infidelity with Sylvia (Kathryn McGuire), his young model. John (Paddy Miles) redeems himself when he recognizes the spiritual character of his wife. Vidor considered the film “out of my line.”