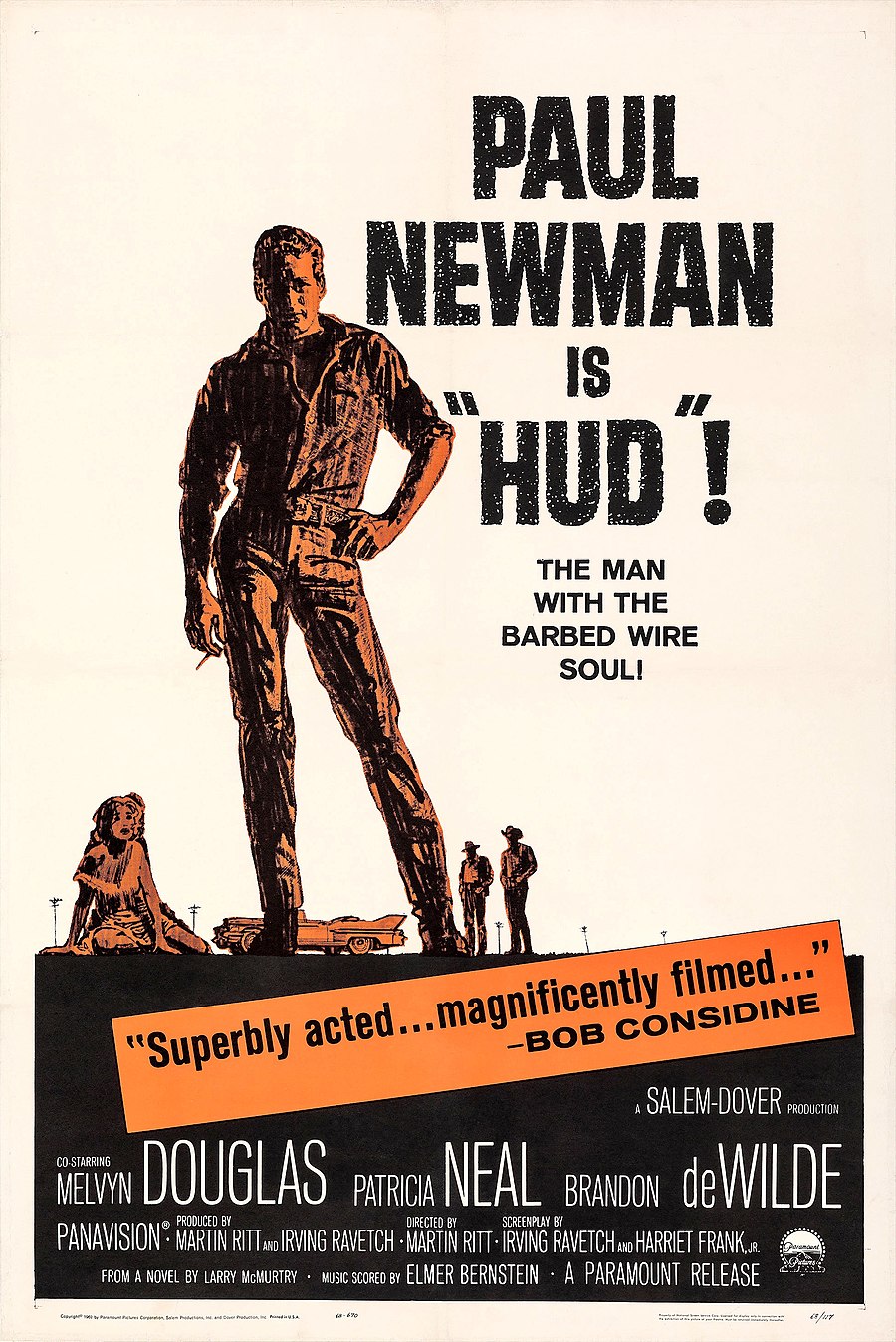 Hud is a 1963 American Western drama film directed by Martin Ritt and starring Paul Newman, Melvyn Douglas, Brandon deWilde, and Patricia Neal. It was produced by Ritt and Newman's recently founded company, Salem Productions, and was their first film for Paramount Pictures. Hud was filmed on location on the Texas Panhandle, including Claude, Texas. Its screenplay was by Irving Ravetch and Harriet Frank Jr. and was based on Larry McMurtry's 1961 novel, Horseman, Pass By. The film's title character, Hud Bannon, was a minor character in the original screenplay, but was reworked as the lead role. With its main character an antihero, Hud was later described as a revisionist Western.

Hud Bannon (Newman) is ambitious and self-centered, the opposite of his deeply principled rancher father Homer (Douglas). Also living on the Bannon ranch is Hud's teenaged nephew, Lonnie (Brandon deWilde), who looks up to both men, but is most impressed by Hud. Lonnie and Hud are attracted to the Bannons' housekeeper, Alma (Patricia Neal). Although she is attracted to Hud, Alma keeps her distance because she has been mistreated in the past by men like him.