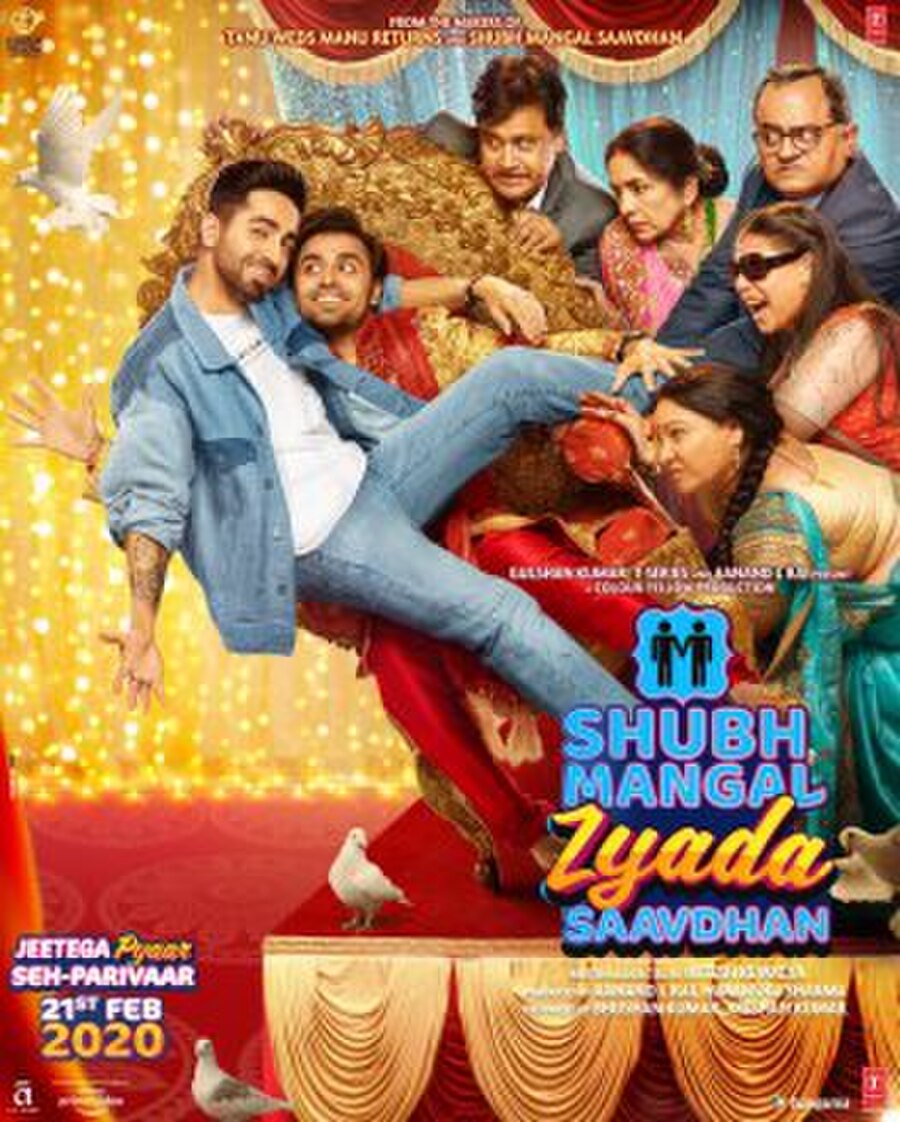 Shubh Mangal Zyada Saavdhan is a 2020 Indian Hindi-language romantic comedy film written and directed by Hitesh Kewalya and produced by Aanand L. Rai, Himanshu Sharma, Bhushan Kumar and Krishan Kumar under the banners Colour Yellow Productions and T-Series. A spin-off to the 2017 film Shubh Mangal Saavdhan, whose script was also written by Kewalya, it stars Ayushmann Khurrana, Jitendra Kumar, Neena Gupta and Gajraj Rao. The film tells the story of a gay man and his partner, who have trouble convincing the former's parents of their relation.

Aman Tripathi is an advertiser who comes from an orthodox middle-class family, comprising his father, Shankar Tripathi, a conservative agricultural scientist who had invented black cauliflowers, for which he is facing constant ridicule and boycott from farmers, his mother, Sunaina Tripathi, a calm housewife who is always concerned about her son, his uncle Chaman and aunt Champa, and their daughter, Rajni "Goggle" Tripathi and a few more relatives.