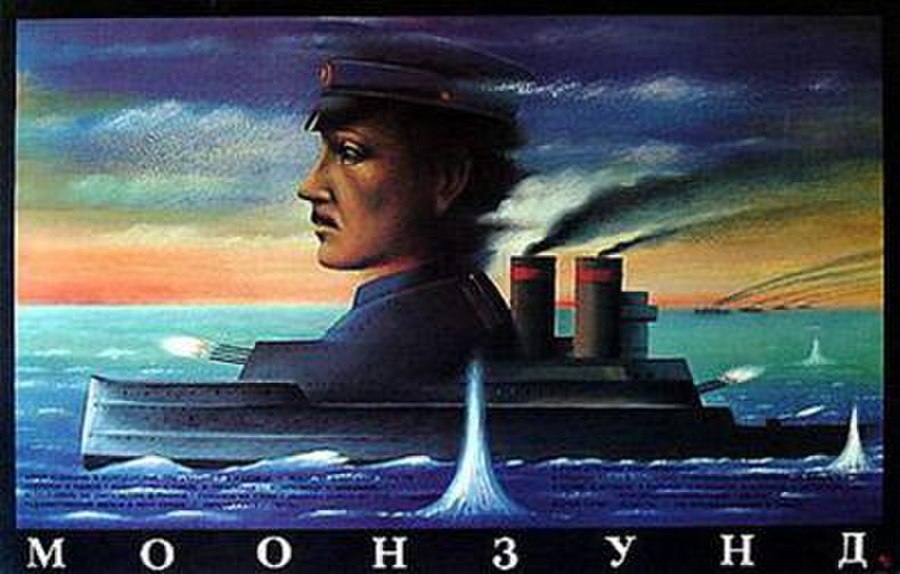 Moonzund is a 1987 Soviet war film by Aleksandr Muratov based on a novel with the same name by Valentin Pikul. The film's name is derived from the old name of West Estonian archipelago where the Battle of Moon Sound took place during World War I.

Epic film set during the First World War brightly illustrates the struggles of Russian Empire in the years 1915–1917. The hardships of war cause major social and political unrest in the Tsarist Russia. Communist propaganda provokes conflicts between classes causing clashes and un-subordination aboard battleships of Russian Imperial Navy and on locations in Tallinn, Kronstadt and Saint Petersburg. Torn by internal class struggle, Russian Navy is weakened and loses major battles in the Baltic theater of war. Against this background, the commanding admirals of the Russian Navy are powerless witnesses of the tragic collapse of the fleet in terms of nascent revolutionary events of 1917. Most film characters are officers and sailors of the Baltic Fleet.