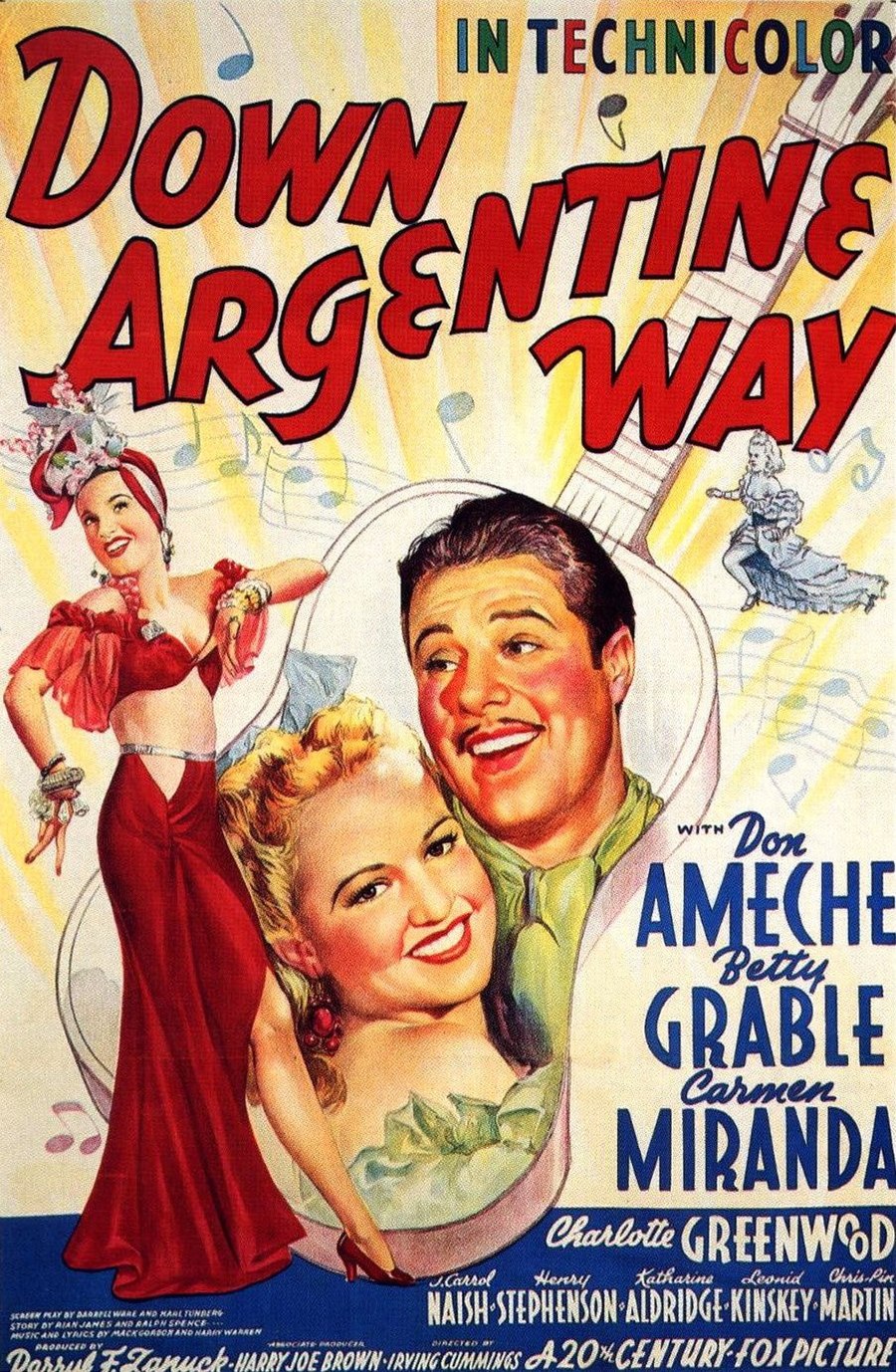 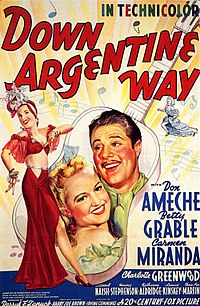 Down Argentine Way is a 1940 American musical film made in Technicolor by Twentieth Century Fox. It made a star of Betty Grable in her first leading role for the studio although she had already appeared in 31 films, and it introduced American audiences to Carmen Miranda. It also starred Don Ameche, The Nicholas Brothers, Charlotte Greenwood, and J. Carrol Naish.