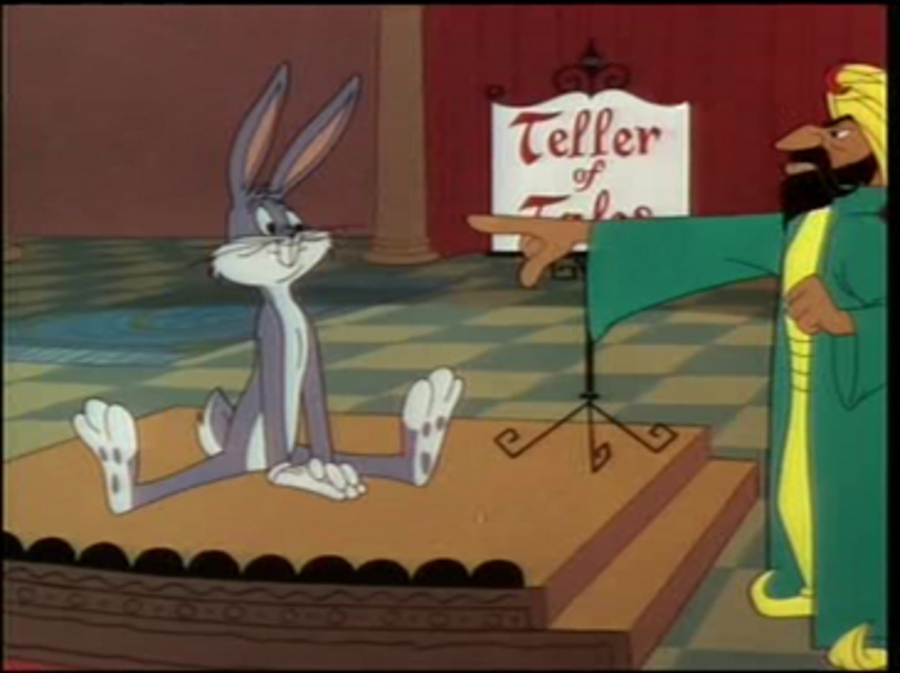 Hare-Abian Nights is a 1959 Warner Bros. Merrie Melodies cartoon directed by Ken Harris of Chuck Jones' unit. The short was released on February 28, 1959, and stars Bugs Bunny. The cartoon was animated by Harris and Ben Washam and recycles footage from Bully for Bugs, Water, Water Every Hare, and Sahara Hare. Hare-Abian Nights is a pun on Arabian Nights.

In a send-up of the "gong show" set in an Arabian palace (similar to the gong show in I Love to Singa), the short opens with a band Timbuk Two Plus 3 playing "Sweet Georgia Brown" trying to entertain the sultan, with the performance ending with the floor being dropped out from under them, sending the band into a crocodile pit below. Next, a musician scared by the fate of Timbuk Two performs "Hound Camel" (a send-up of "Hound Dog") before meeting the same fate as Timbuk Two. Following that, Bugs, intending to travel to Perth Amboy but having missed a left turn at Des Moines, ends up in front of other prospective performers and is ordered to entertain the sultan.