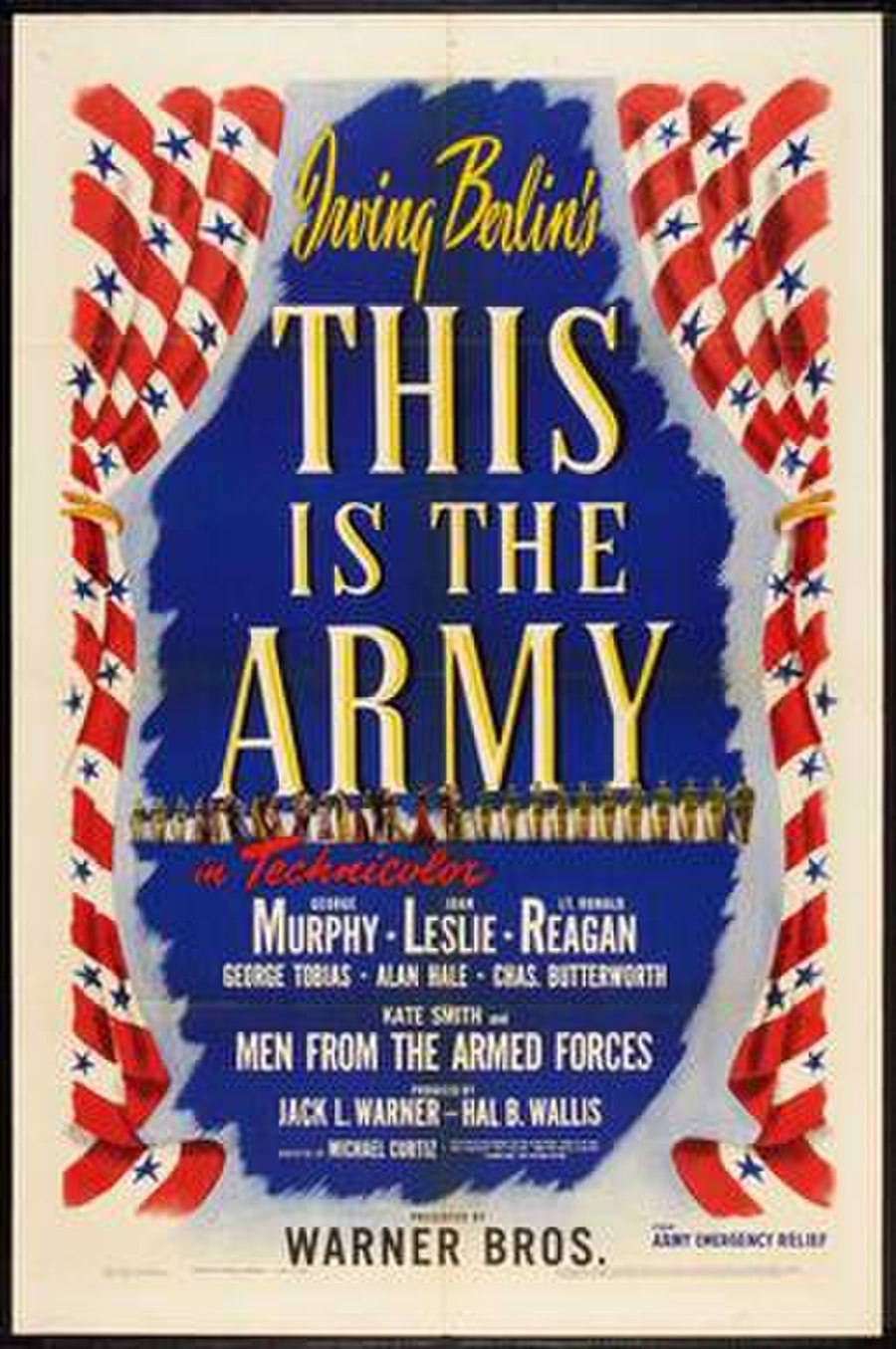 This Is the Army is a 1943 American wartime musical comedy film produced by Hal B. Wallis and Jack L. Warner, and directed by Michael Curtiz, adapted from a wartime stage musical with the same name, designed to boost morale in the U.S. during World War II, directed by Ezra Stone. The screenplay by Casey Robinson and Claude Binyon was based on the 1942 Broadway musical by Irving Berlin, who also composed the film's 19 songs and broke screen protocol by singing one of them. The movie features a large ensemble cast, including George Murphy, Ronald Reagan, Joan Leslie, Alan Hale Sr. and Rosemary DeCamp, while both the stage play and film included soldiers of the U.S. Army who were actors and performers in civilian life.

In World War I, song-and-dance man Jerry Jones is drafted into the US Army, where he stages a revue called Yip Yip Yaphank. It is a rousing success, but one night during the show orders are received to leave immediately for France: instead of the finale, the troops march up the aisles through the audience, out the theater's main entrance and into a convoy of waiting trucks. Among the teary, last-minute goodbyes Jones kisses his newlywed bride Ethel farewell.