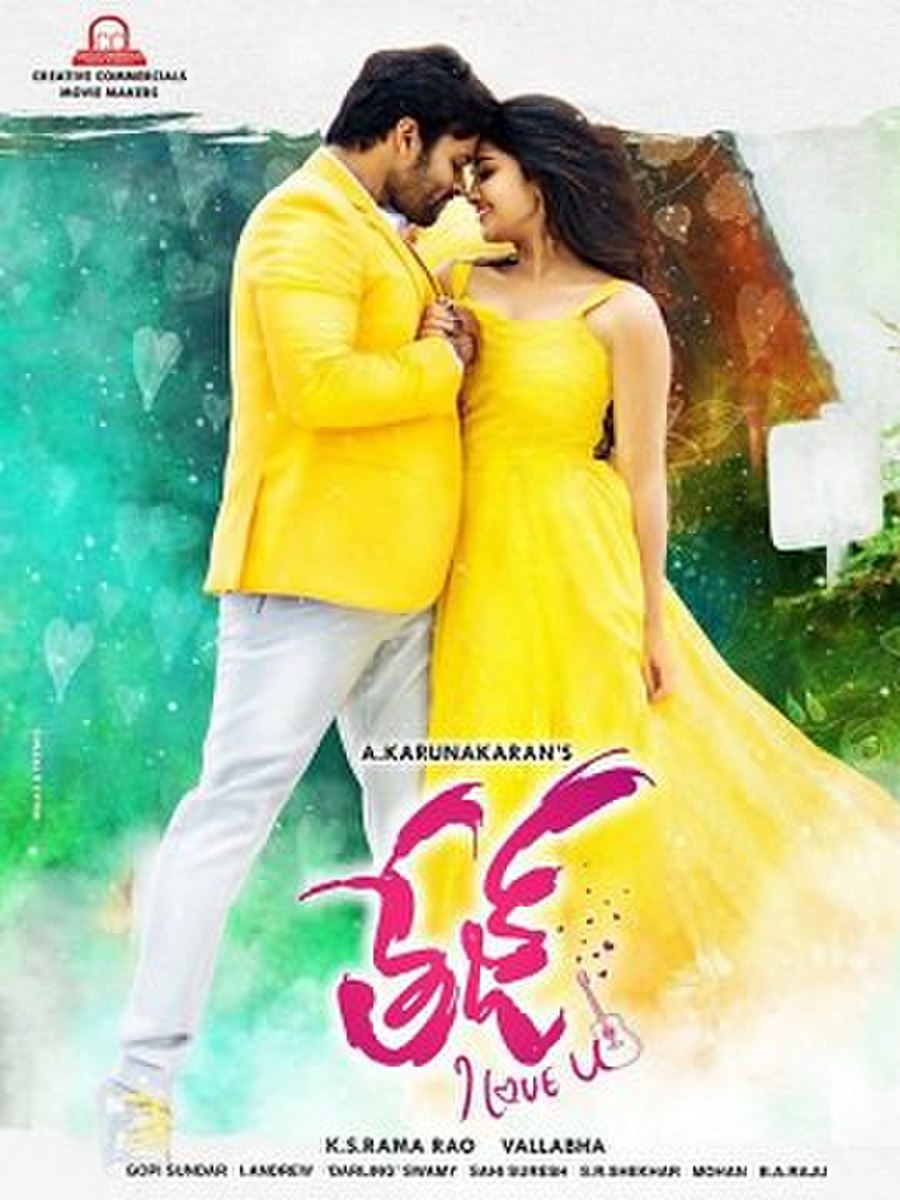 Tej I Love You is a 2018 Indian Telugu romantic drama film directed by A. Karunakaran and produced by K. S. Rama Rao under Creative Commercials banner. It stars Sai Dharam Tej and Anupama Parameswaran in lead roles.

Tej as a child goes to prison for killing a person to protect a woman. Serves 7 years in a juvenile home. As a grown up Tej is a singer in crazy boys band. Tej is very attached to his family. He gets thrown out of the family as he goes against family values by breaking his sisters arranged marriage within family. Moves to live with his so called musician uncle. He sees Nandini love at first sight as she comes to fulfill her mother's last wish.