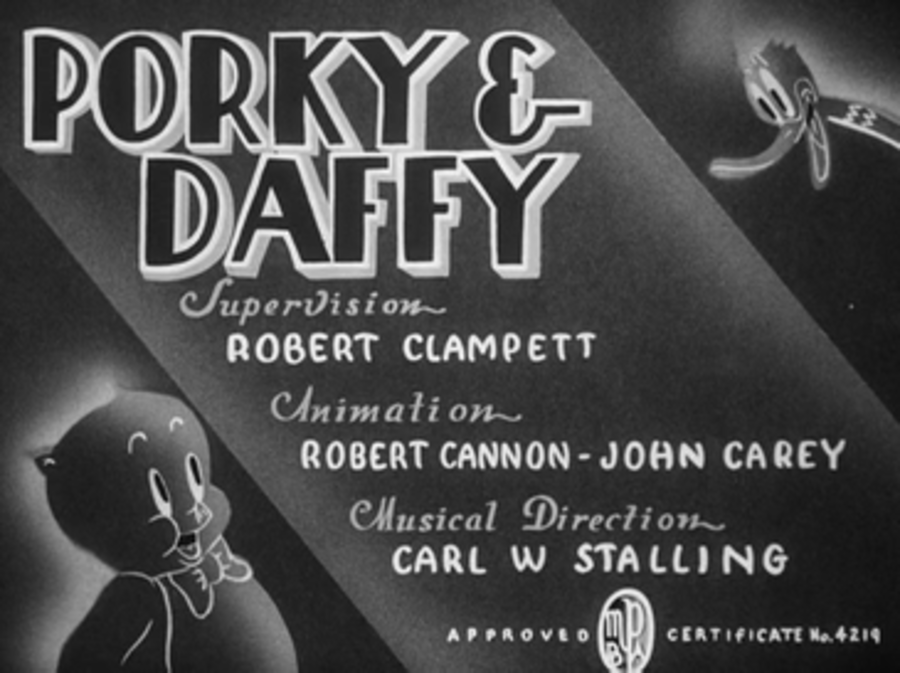 Porky & Daffy is a 1938 Warner Bros. Looney Tunes cartoon directed by Bob Clampett. The cartoon was released on August 6, 1938, and stars Porky Pig and Daffy Duck.

It all starts at the home of Daffy Duck and Porky Pig. Porky's relationship with Daffy is strained, as he is a lazy sloth. Porky has found an ad inviting all comers to take on a boxing rooster named The Champ. Porky has trouble waking Daffy up, but eventually does so by clanging a dinner platter over his head. This causes him to immediately go crazy and start warming up for a boxing match.