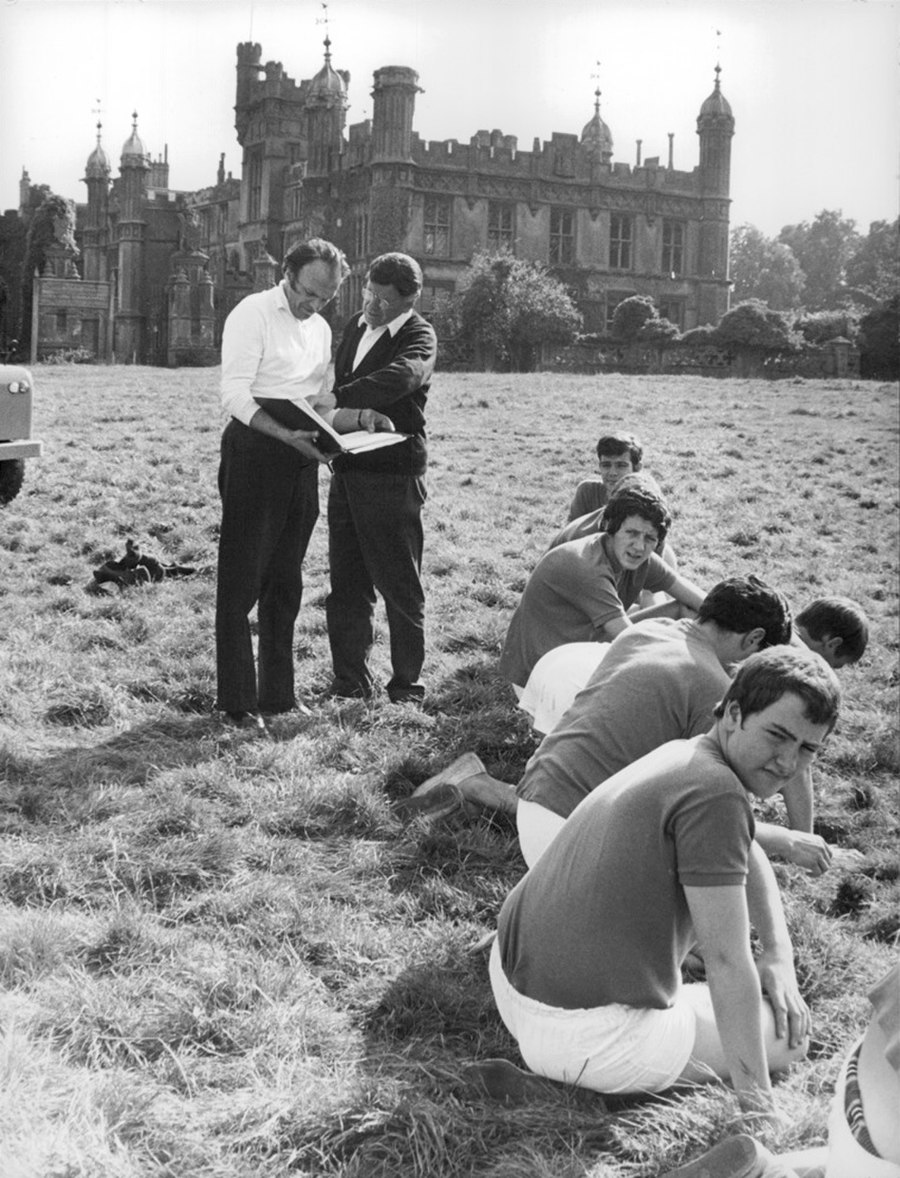 Decline and Fall... of a Birdwatcher is a 1968 British comedy film directed by John Krish and starring Robin Phillips, Geneviève Page and Donald Wolfit. It is an adaptation of the novel Decline and Fall by Evelyn Waugh.

Paul Pennyfeather is an Oxford divinity student who finds himself sent down after a group of drunken undergraduates remove his trousers and he is accused of exposing himself. Forced to look for work, he seeks the services of an employment agency who secure for him a position at a sleazy Welsh boys' boarding school, presided over by the colourful Dr. Fagan. The school's staff are an assortment of eccentric characters: Mr Prendergast, a withdrawn former clergyman; Captain Grimes, a one-legged philaderer with his eye on Fagan's daughter; and Solomon Philbrick, an undercover criminal posing as Fagan's butler.