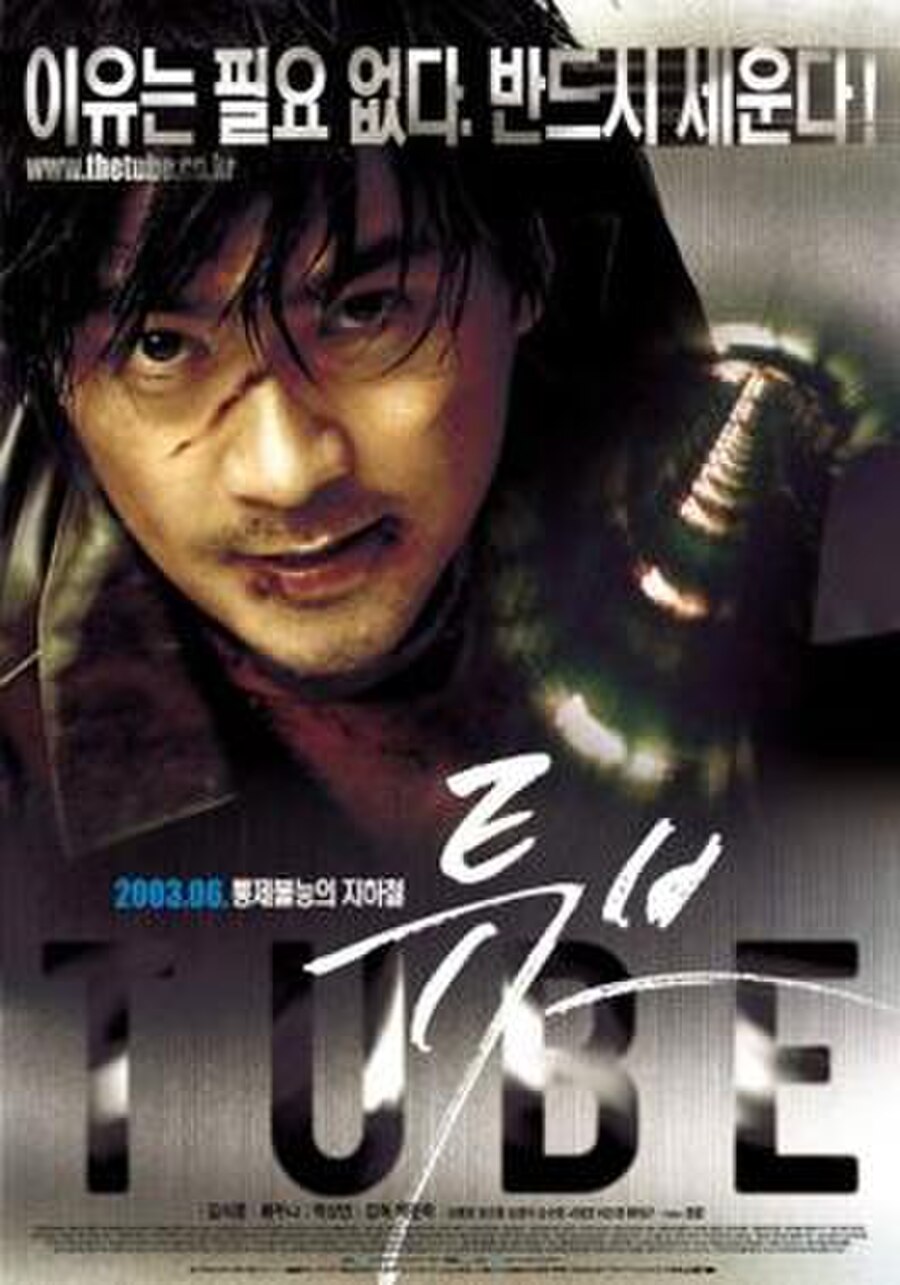 Tube is a 2003 South Korean action thriller film directed by Beak Woon-hak (or Baek Woon-hak). The film features police officer Jay (Kim Suk-hoon) who is a subway police officer who spends his days reminiscing over his lost lover. The pickpocket Kay (Bae Doona) becomes infatuated with Jay and tips him off about the government assassin Bishop (Park Sang-min) hijacking a subway car. Both Jay and Kay find themselves in the target car when the Bishop makes his move.

Detective Jang Do-joon (Kim Suk-hoon) who does not know the meaning of giving up, is hot on the trail of Kang Gi-taek, a deadly terrorist. Kang Gi-taek (Park Sang-min) was an elite secret agent for the government's intelligence agency before getting tossed out for assassinating a key figure.