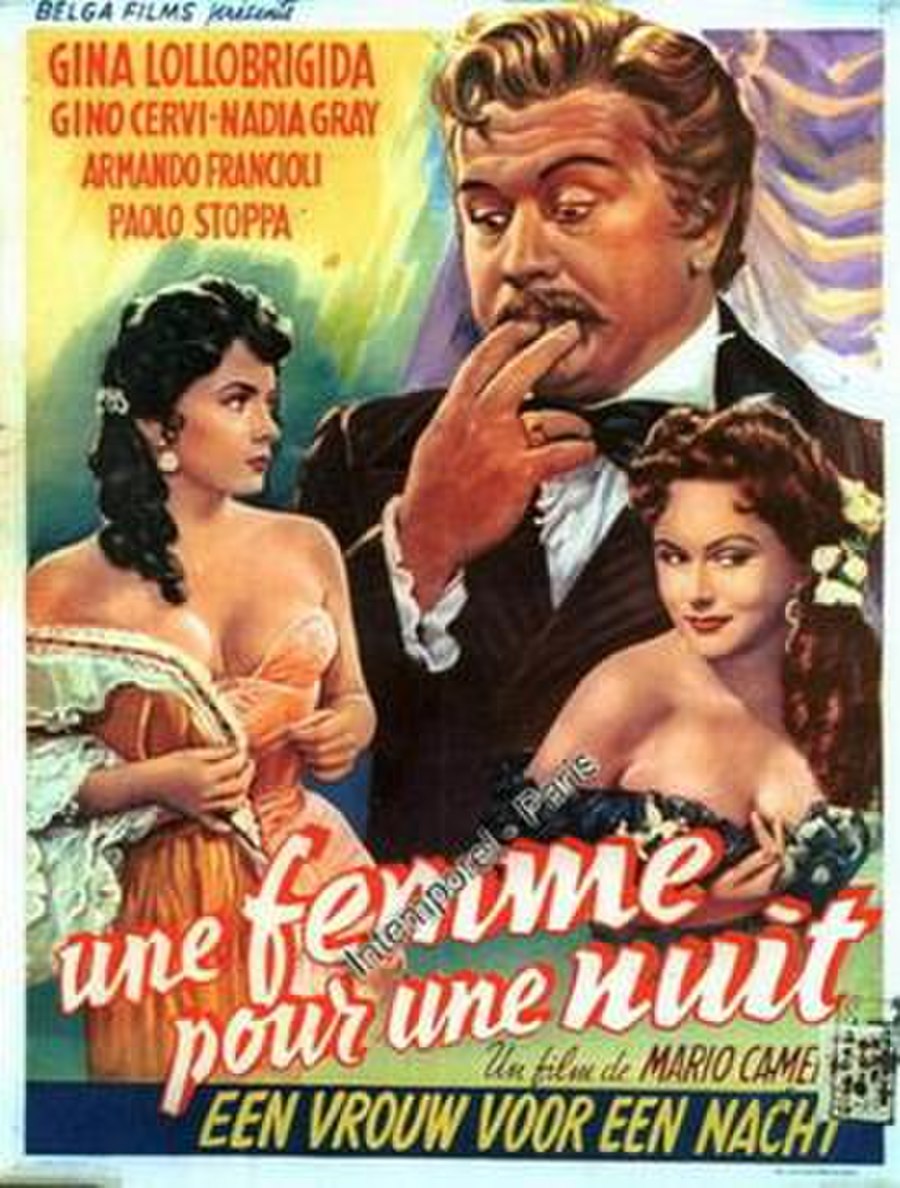 Wife for a Night is a 1952 Italian film starring Gina Lollobrigida. It was based on the play The Dazzling Hour by Anna Bonacci, which was later updated for the Billy Wilder film Kiss Me, Stupid.

The late nineteenth century: Count d'Origo, a notorious roué, spots an attractive woman. Hoping to seduce her, he attempts to find out who she is. In fact she is Geraldine, a practiced courtesan. However, the local mayor tells the Count that she is Ottavia, the wife of his nephew, Enrico, a struggling young musician. Enrico is hoping to stage his newly completed opera. With the Count's support he will get the backing he needs. His uncle hopes to help Enrico by employing Geraldine to impersonate Ottavia, so she can be "seduced". Before she submits, Geraldine will extract a promise from the Count to stage her "husband"'s opera. Geraldine, Ottavia and Enrico agree to go along with the plot. However, as Enrico introduces Geraldine to the eager Count he becomes increasingly jealous as the Count moves in. Eventually he forces the Count to leave after becoming angered by his advances. Charmed by his protectiveness, Geraldine asks him to pretend she is really his wife for one night, so that she can live her dream of having a normal life with a devoted husband.