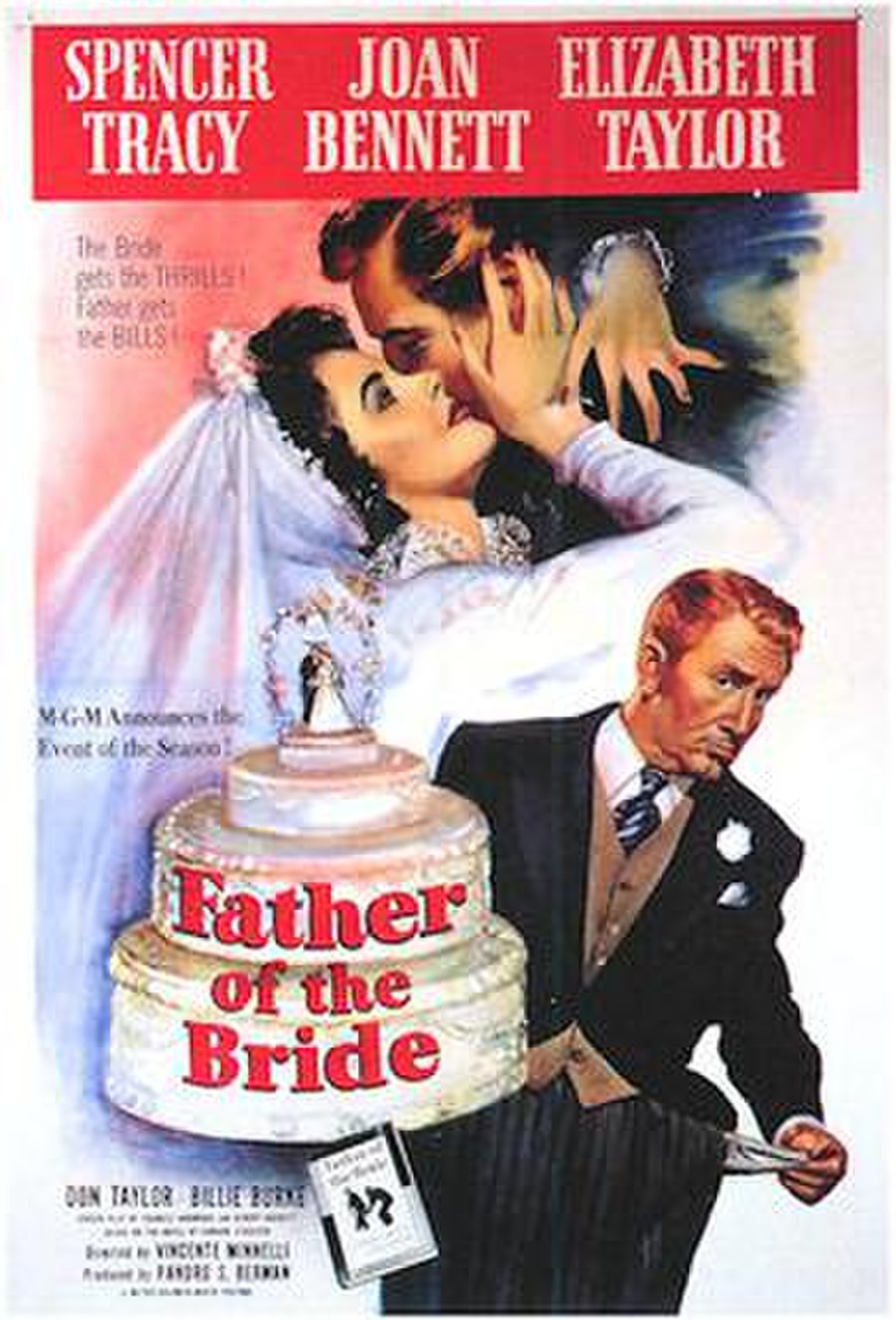 Father of the Bride is a 1950 American comedy film directed by Vincente Minnelli, about a man trying to cope with preparations for his daughter's upcoming wedding. The film stars Spencer Tracy in the titular role, Joan Bennett, Elizabeth Taylor, Don Taylor, Billie Burke, and Leo G. Carroll. It was adapted by Frances Goodrich and Albert Hackett from the 1949 novel by Edward Streeter. Father of the Bride was nominated for Academy Awards for Best Actor in a Leading Role, Best Picture and Best Writing, Screenplay.

Following the wedding of his daughter Kay (Elizabeth Taylor), Stanley T. Banks (Spencer Tracy), a successful suburban lawyer, recalls the day, three months earlier, when he first learned of Kay's engagement to Buckley Dunstan (Don Taylor). At the family dinner table, Kay's casual announcement that she is in love with Buckley and has accepted his proposal makes Stanley feel uneasy, but he soon comes to realize that his daughter has grown up and the wedding is inevitable. While Ellie (Joan Bennett), Kay's mother, immediately begins making preparations for the wedding, Stanley lies awake at night, fearing the worst for his daughter.