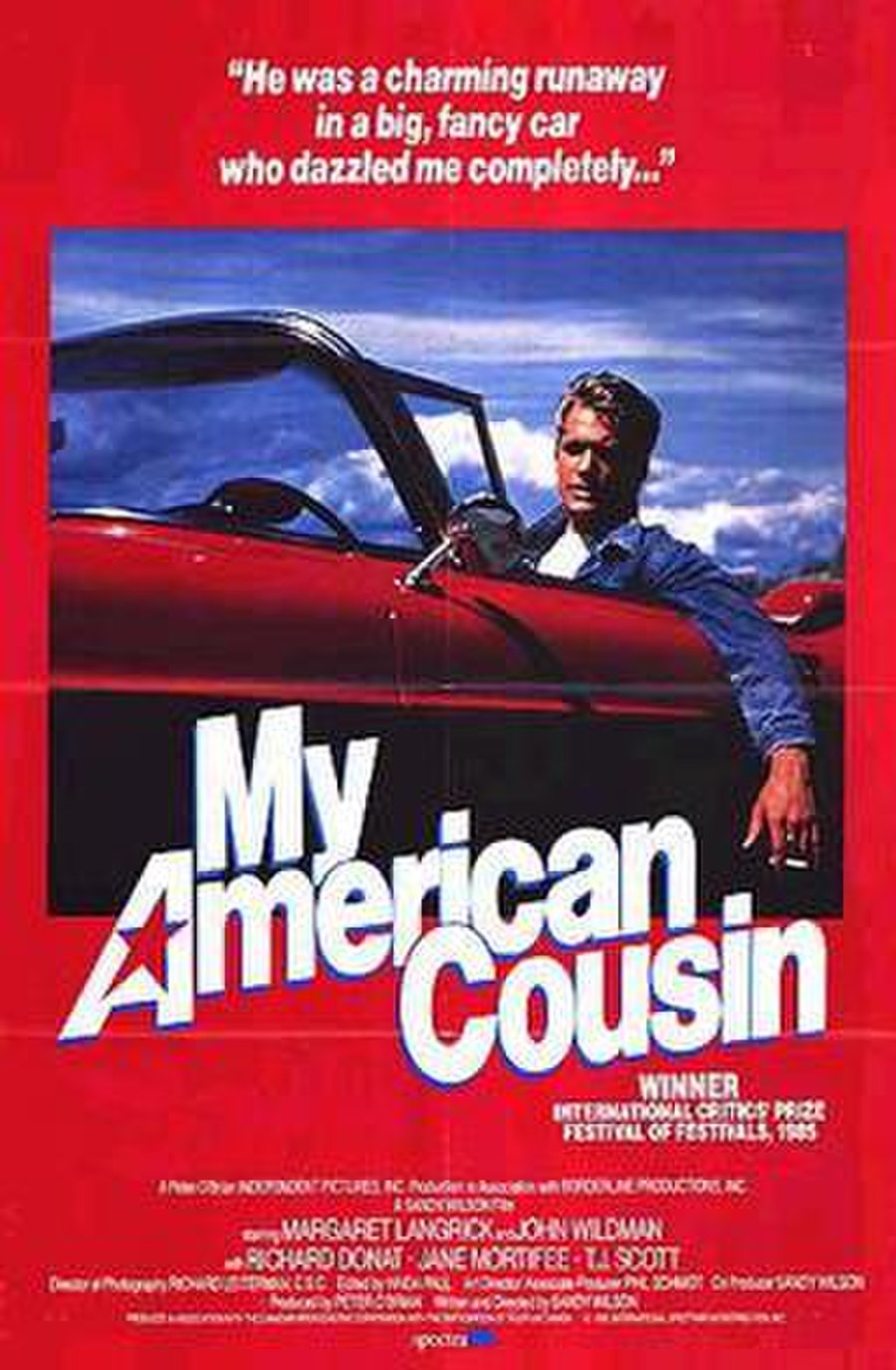 My American Cousin is a Canadian drama film, released in 1985. Written and directed by Sandy Wilson based on her own childhood, the film stars Margaret Langrick as Sandy Wilcox, a preteen girl growing up on a ranch in rural Penticton, British Columbia in the late 1950s. Sandy's longing to be treated as an adult is roused even further when her older American cousin Butch Walker (John Wildman) comes for a visit. The cast also includes Richard Donat, Jane Mortifee, Babz Chula and Camille Henderson.