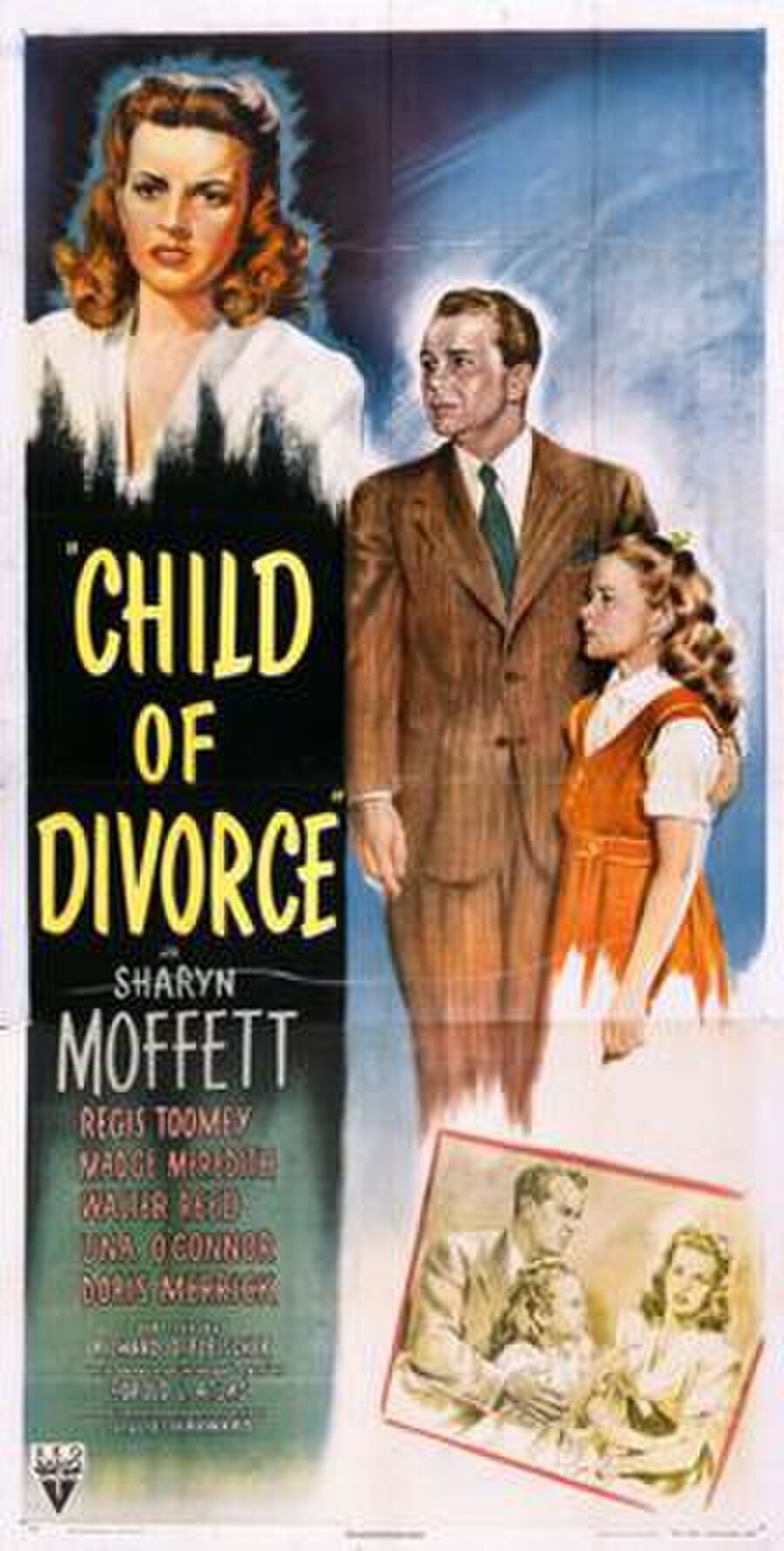 Child of Divorce is a 1946 American film directed by Richard O. Fleischer. It was the first film that he directed. RKO had adapted the play to film before as the 1934 film Wednesday's Child.

Young Roberta "Bobby" Carter, only eight years old, catches her mother Joan as she kisses a man who isn't her father in a park. She is especially embarrassed, since her friends are present and recognize her mother.