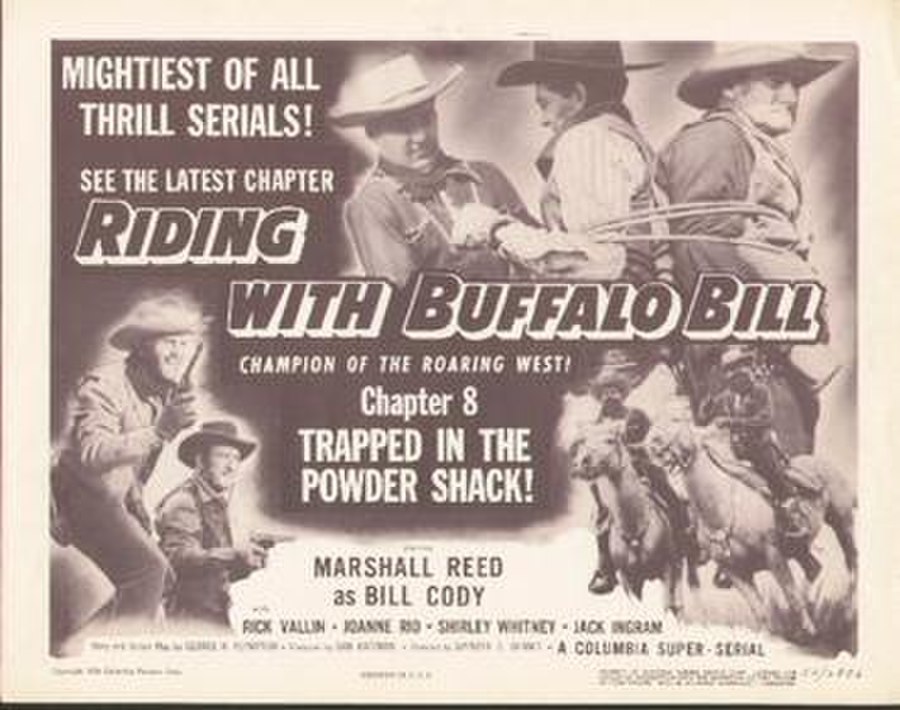 Buffalo Bill Cody comes to aid the miner Rocky Ford and a group of ranchers in their defeat of a local crime lord, King Carney, who is trying to keep the new railroad out of the territory in order to carry on with his illegal operations. Rocky then asks Cody to don the disguise of a legendary masked man, known as The Ridin' Terror, who once before smashed outlaw rule in the area. In response, Cody enlists the support of Rocky, the settler Reb Morgan and his sister Ruth, and plans offensive strategy to eradicate Carney and his outlaws.