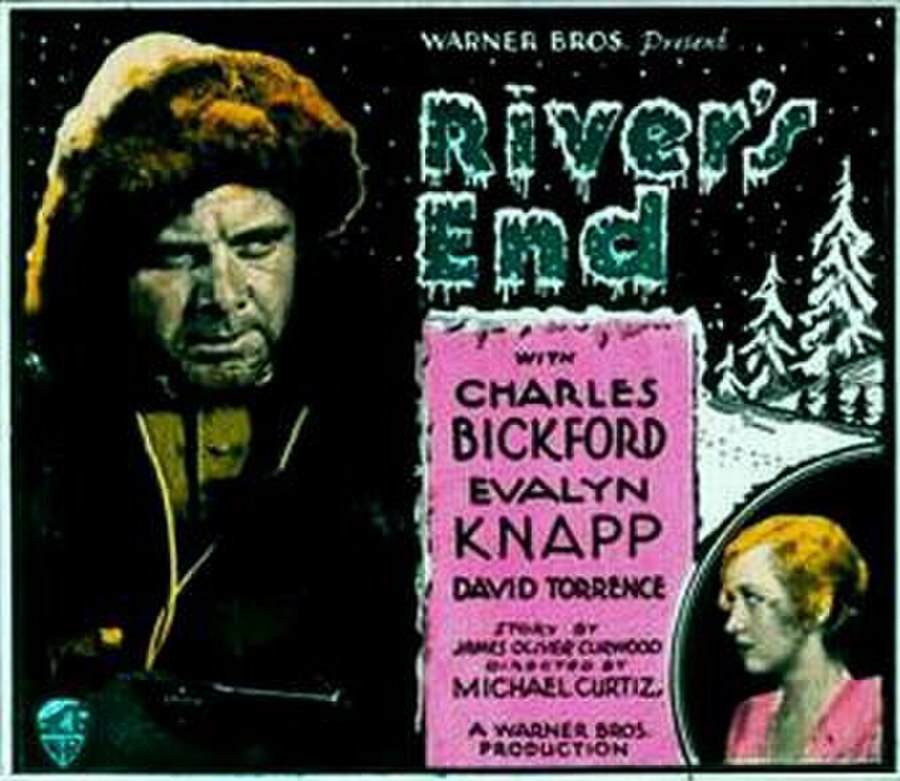 River's End is a 1930 American Pre-Code drama film directed by Michael Curtiz and starring Charles Bickford and Evalyn Knapp. Bickford plays two roles, a Royal Canadian Mounted Police (RCMP) sergeant and the man he is after. The film is the second of three adaptations of the bestselling novel The River's End by James Oliver Curwood, the others being released in 1920 and 1940.

In remote northern Canada, Sergeant Conniston (Bickford) seeks to capture escaped convicted murderer Keith (also played by Bickford). He is accompanied by O'Toole (J. Farrell MacDonald), a guide who is constantly drunk. When he finally catches his quarry, he is shocked to find that they look exactly alike.